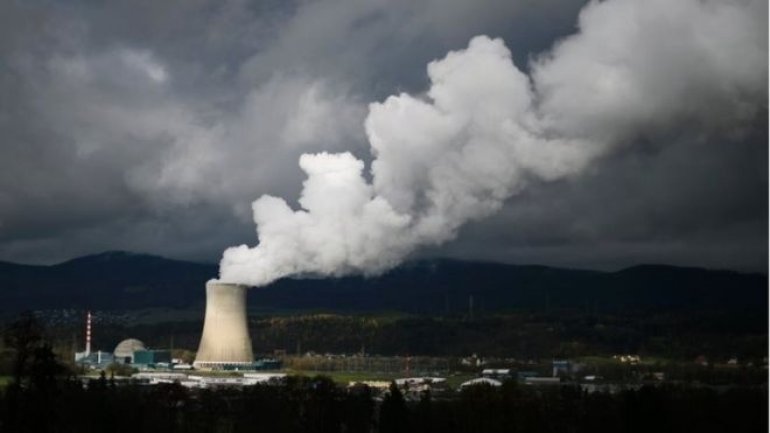 Swiss voters have been casting their ballots to decide whether or not to speed up the process of phasing out the country's nuclear power plants, reports BBC.

If voters choose "yes" in the referendum, it would force three of the country's five reactors to close next year, and the remaining two by 2029.

Polls suggest a tight race on the issue, which is being championed by environmentalists.

Polling stations closed at 11:00 GMT and results are expected in the next few hours.

The Swiss Greens and Social Democrats have been pressing for a vote since the Fukushima disaster in Japan in 2011, arguing that Swiss plants are ageing and unsafe.

Following the incident, Swiss authorities announced plans for a gradual phase out of nuclear energy but did not specify dates.

However, government and industry figures argue a quick exit from nuclear power could raise reliance on fossil fuels instead of renewable energy and possibly lead to power shortages.

Recent opinion polls show the "yes" and "no" camps to be neck-and-neck.

Although Switzerland's government already has a plan to decommission the country's five nuclear plants "at the end of their natural lives", opponents of nuclear power claim the strategy is too vague, and may allow the plants to keep operating indefinitely.

The proposal before voters, brought by the Green party, calls for nuclear plants to be closed after a maximum 45 years in operation, and for a ban on construction of any new plants.

This would mean that three of the five plants would have to shut next year, the fourth in 2024 and the last in 2029.

Switzerland is a densely populated country, none of its five plants is more than 70km (43 miles) from urban centres and the government issues iodine tablets to communities within a certain radius, to be taken in case of a release of radioactive material.

Due to public concern, no new nuclear power stations have been built in Switzerland since 1984.