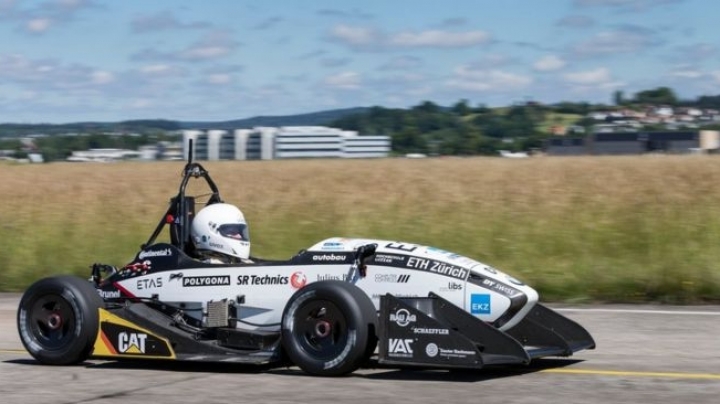 An electric racing car built by Swiss student engineers has broken the world record for acceleration by battery-powered vehicles.

The grimsel car took only 1.513 seconds to reach 100kph - slashing about a quarter of a second off the previous record time.

So far, no petrol-powered production car has managed to hit the same speed in a comparable time.

The grimsel needed only 30m of track to reach the landmark speed.

The previous record of 0-100kph in 1.779 seconds was set by a team from the University of Stuttgart last year.