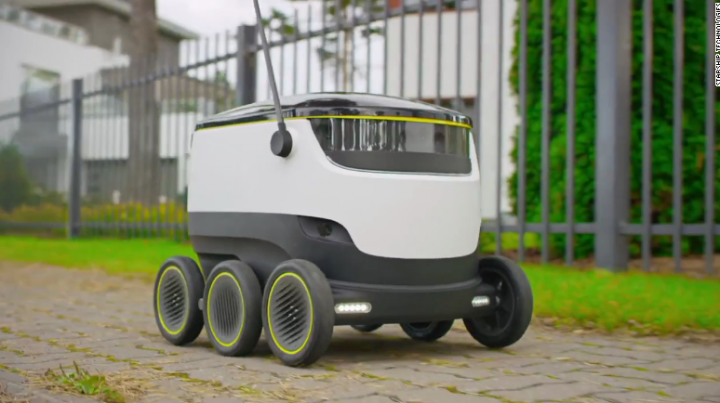 Swiss Post, the national postal service in Switzerland, will test robots next month in three cities to deliver food and medicine.

The robots, which are small, six-wheeled pods, travel slowly on sidewalks. They're designed to avoid obstacles, including pedestrians, animals and cars.

The robots, which come from Starship Technologies, are already being tested in Britain and Germany. They will also be tested in Washington, D.C. this fall.

But don't expect deliverymen across Switzerland to disappear anytime soon.

"We don't believe in substituting the human being part," said Claudia Pletscher, the head of development programs and innovation at Swiss Post. Pletscher added that the ground robots will be delivering dummy packages for now -- not your prescriptions just yet.