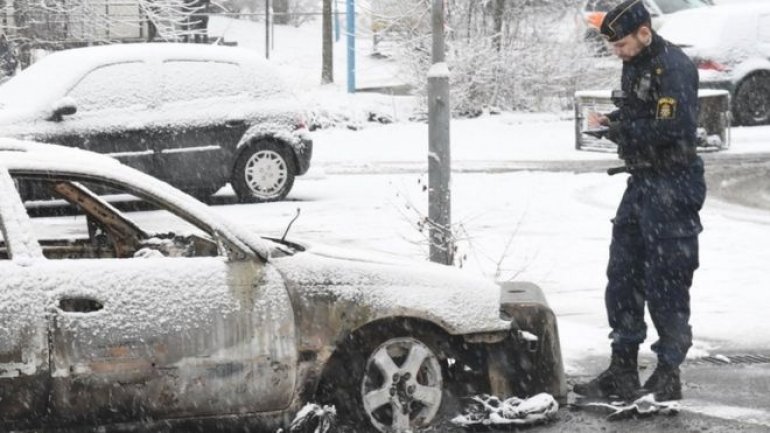 Swedish police have launched an investigation after a riot erupted in a predominantly immigrant suburb of the capital, Stockholm, BBC reports.

One officer fired at rioters who threw rocks at police.

The unrest in the Rinkeby suburb on Monday night came after police tried to arrest a suspect on drugs charges.

It also comes after US President Donald Trump referred to Sweden in a speech on immigration problems, baffling Swedes about a non-existent incident.

Rioters, some of them wearing masks, threw rocks, set vehicles on fire and looted shops from about 20:00 on Monday in Rinkeby, which has a history of unrest.

Warning shots were fired, but police later said one officer had also fired at least one shot at stone-throwers, a rare occurrence in Sweden.