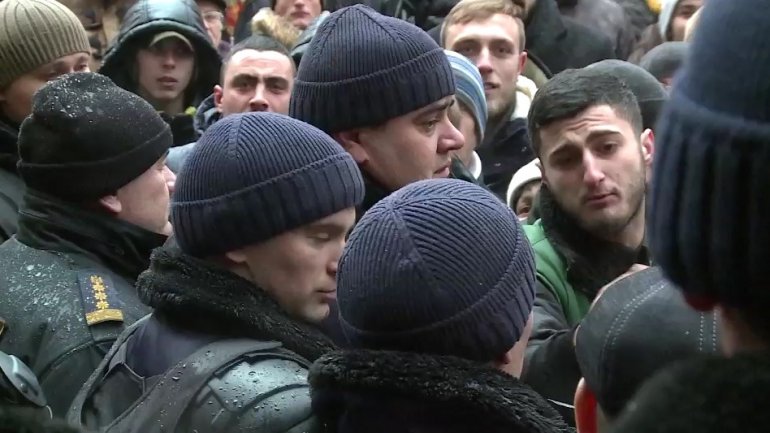 A new protest at the Rascani sector Court of the capital, where magistrates continue the examination of lawyers' submission on the Balti town mayor, Renato Usatii. This time, suspicious people were among the protesters and many of them did not know the purpose of the demonstration.

The hearing was postponed at the request of lawyers who pursue to slow down the process according to prosecutors.

Many demonstrators have hidden away from the cameras to not be filmed and others have no idea why they have gathered before the court.

- Our leader is not guilty of anything he is charged of.
- What charges are brought against Renato Usatâi?
- The lawyer will come with further details.
At today's meeting, the magistrates asked for the victim of the case, the Russian banker, German Gorbuntsov to attend the trial that is located right now in London.

Finally, the trial was postponed for Tuesday, December 6th, after lawyers asked for the removal of the judge and asked for time to prepare written reasons for their claim.

"The third meeting is postponed due to the efforts launched by the defenders. It's a delaying to prosecute this case" , said prosecutor Vitalie Busuioc..

PUBLIKA.MD recalls that Renato Usatîi is wanted for attempted murder of Russian banker Gherman Gorbuntsov, but also for attempting to influence the testimony of the alleged killer. The mayor of Balti town was announced in international search.