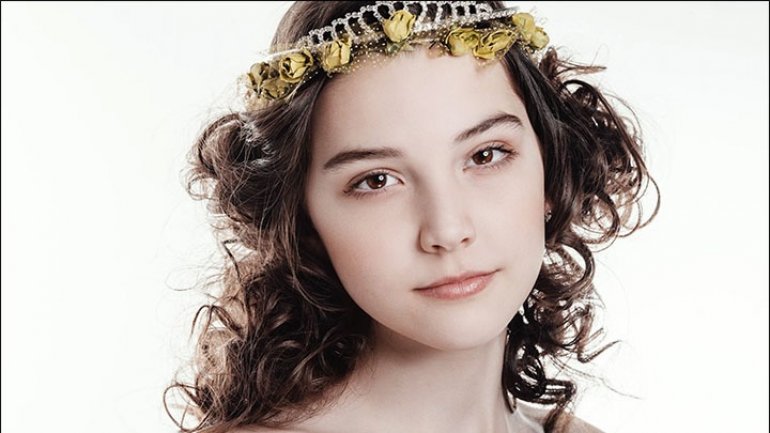 A top Russian teenage catwalk star who died suddenly on a grueling three month modelling-trip to China may have been murdered, according to sensational findings from her autopsy in Moscow.

Vlada Dzyuba, 14, attracted worldwide headlines after her sudden death in Shanghai which was variously blamed on exhaustion, meningitis or septicaemia .

Her case was seen as symbolizing the exploitation of underage models by the fashion industry, and she worked in China without medical insurance which may have delayed her receiving treatment when she became ill.

But initial findings from an autopsy after her body was flown back to Russia indicate there are traces of a mystery 'biological poison'.

'Vlada could have been bitten by a mortally poisonous insect, she could have eaten something, or been deliberately poisoned,' reported news outlet Life, citing law enforcement sources.

The reports raise the horrific possibility of the popular model being targeted possibly by a rival.

However, it is clear additional tests are needed.

The exact 'organic poison' is not yet identified.

'Experts did not find its origin yet, but it is clear that it wasn't a simple infection that killed her,' reported news outlet Mash.

It did not raise the possibility she could have been deliberately poisoned or bitten by a lethal insect.

A criminal case was opened into her death last month by the Russian Investigative Committee, seen as similar to the FBI.

As yet, there has been no official comment from the Russian authorities on the latest reports.

Vlada died after falling ill as she completed a 13-hour modelling assignment.

In her final conversation with her mother, Vlada said: 'Mama, I am so tired. I so much want to sleep.'

A 'death by negligence' criminal probe had been opened in Moscow.

The Investigative Committee met most of the costs of returning her body.

Russian investigators have been interrogating her parents, two Russian model agencies, and seeking assistance from the Chinese authorities.

Three modelling agencies linked to the 14-year-old - one of many underage Russian models recruited to Asian catwalks, especially China - have all denied any responsibility for her death.

Vlada was seen as popular in China and took part in the Shanghai Fashion Week.

An increasing number of underage Russian models are in demand in China.