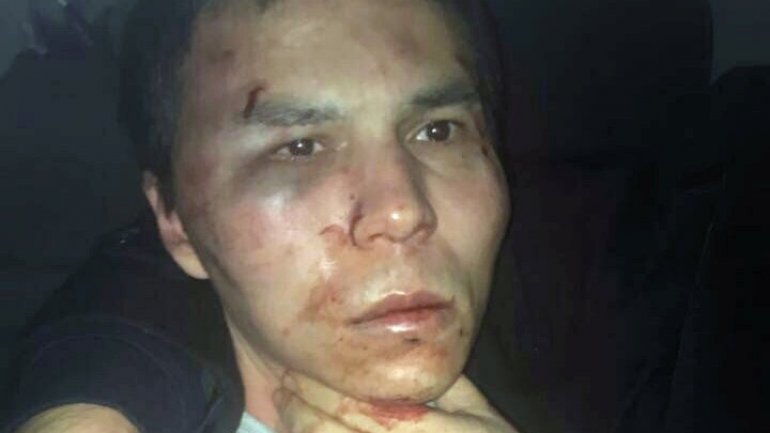 The man accused of killing 39 people in an Istanbul nightclub on New Year’s Eve was born in Uzbekistan, received training in Afghanistan and entered Turkey illegally last year, Istanbul’s governor has said.

Vasip Sahin said it was clear that the gunman, arrested on Monday night and named as Abdulgadir Masharipov, carried out the attack on behalf of Islamic State. Masharipov has admitted his guilt and his fingerprints matched those at the scene, Sahin added, describing the attacker as a well-educated terrorist, born in 1983, who speaks four languages.

He was apprehended at the house of a friend, a Kyrgyz national, in the Istanbul suburb of Esenyurt, a largely family and retiree community. The friend and three women were also arrested.

Turkish officials have said that the suspect was definitely linked to Islamic State, which has repeatedly threatened to carry out attacks in Turkey due to Ankara’s involvement in the war in Syria, informs The Guardian.

Sahin said nearly 2,000 security officers were involved in the two week manhunt. Officers examined over 7,000 hours of surveillance footage in the effort to track him down. They found close to $200,000 in cash as well as weapons in the house where the suspect was arrested.

Initial assessments suggested he received some form of combat training and was experienced with weaponry.

After fleeing the scene of the massacre, it is believed the gunman initially hid in a safe house, where he was joined by his wife and children, before fleeing again. A photo circulated on social media by the publication shows a bruised black-haired man with blood on his face and T-shirt.

Sahin said that contrary to earlier reports, the man’s four year-old son was not with him when he was caught.

Officials said raids were continuing throughout the country to identify and arrest accomplices in the shooting, which has been described as a sophisticated operation, particularly since the attacker evaded capture for nearly two weeks.

During the attack, the gunman arrived by taxi at the upmarket venue in the Ortaköy district on 31 December and shot dead 21-year-old police officer Burak Yıldız and Ayhan Arık, a 47-year-old travel agent who had been walking past the entrance. He then went inside and started spraying 600 partygoers with bullets. The attacker repeatedly reloaded his weapon to shoot the wounded as they lay on the ground. Citizens of Israel, France, Tunisia, Lebanon, India, Belgium, Jordan and Saudi Arabia were among the dead, and 70 people were injured.