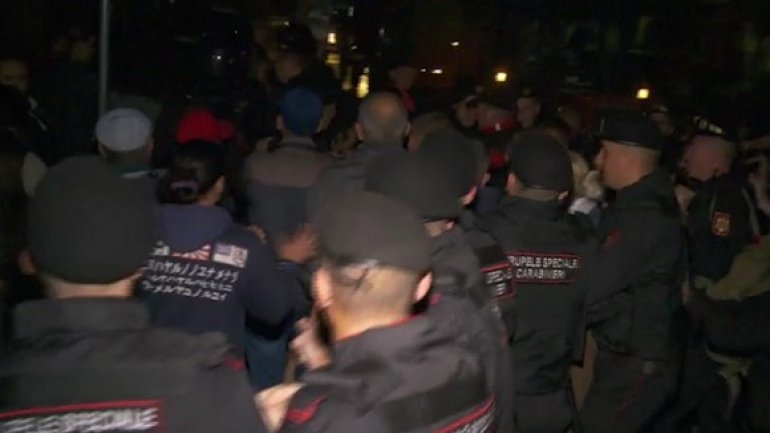 This morning, several vendors, who refuse to stop the illegal trade near the Central Market, have fought over 100 police officers. The incident occurred on Armeneasca and Bulgara street. Two carabinieri were injured, after persons have thrown with tables.

Over 45 police officers and 60 carabinieri have been injured, one of which had a head injury.

According to the officer, all injured are being treated at the moment.

The vendors refuse to sell their products inside the market, because they say they aren't provided with free places.

"There are no free places in the market" , says the vendor.