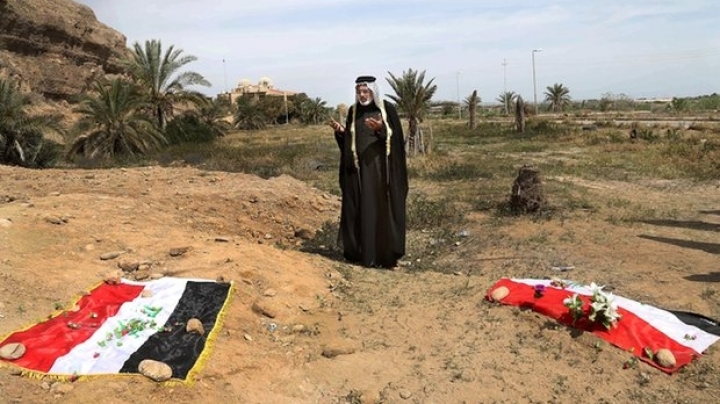 A survey of mass graves in Syria and Iraq has identified 72 sites in which Islamic State buried victims of its atrocities, reports The Guardian.

Up to 15,000 victims of genocide and mass slaughter may be buried in the sites across territory where the militants formerly held sway, according to a comprehensive assessment by the Associated Press.

The figures are based on documentation and mapping of the 72 mass graves as well as excavations by Iraqi officials, the testimony of survivors, Isis propaganda campaigns and analysis of the ground where the victims were buried.

The numbers offer the clearest evidence yet of the scale of Isis’s crimes as it eliminated enemies and minorities to establish its stronghold in Syria. The figures shed light on the violence it wrought as it surged into Iraq in 2014 and conquered the plains of Nineveh, killing and enslaving thousands of members of the Yazidi religious minority as well as members of the Shia community.

Further mass graves are expected to be uncovered as Isis retreats in the face of offensives by a US-led coalition and allied forces on the ground in Iraq and Syria, ceding ground outside of Mosul and Raqqa, the two most populous cities under its control.

The study identified 17 mass graves in Syria alone, including one with the bodies of hundreds of members of a single tribe that was largely exterminated when Isis captured the region.

Sinjar mountain, in Iraq, where the Yazidis took refuge as the militants raided their ancestral home, contains six burial sites and the bodies of more than 100 people.

Some areas where mass graves were uncovered are still too dangerous for a comprehensive excavation that would provide an accurate count of the victims.

Isis has often flaunted its mass atrocities, justifying the enslavement and murder of the Yazidis on obtuse religious grounds, and publishing propaganda videos and images of its crimes.

Its most infamous large-scale killings were the Camp Speicher massacre in Iraq, when the group murdered more than 1,500 Shia army cadets in Tikrit, Saddam Hussein’s birthplace, and the August 2014 massacre of more than 700 members of the Shaitat tribe in eastern Syria for their opposition to Isis rule.

One site outside the Badoush prison in Iraq is believed to contain the bodies of 600 inmates killed by the militants in their summer 2014 rampage.