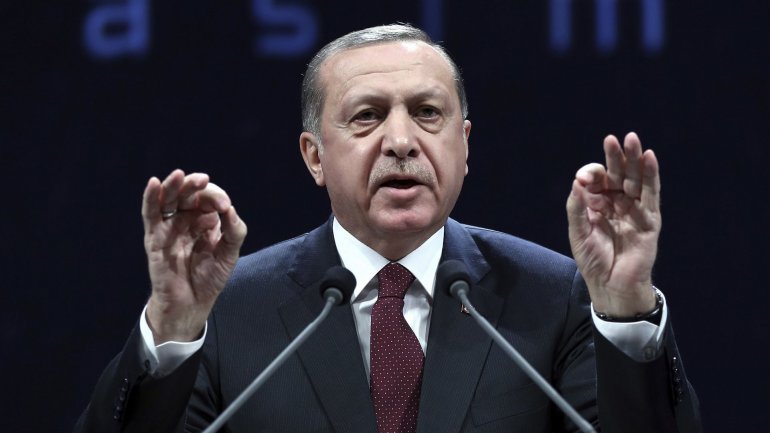 More journalists have been imprisoned this year by governments around the world than at any time in nearly 30 years, primarily because of the crackdown in Turkey after the failed coup in July, informs The Guardian.

According to the annual survey compiled by the Committee to Protect Journalists (CPJ), there were 259 journalists in jail as of 1 December, and at least 81 of those were in Turkish prisons.

All of the editors, writers, cartoonists and photographers detained in Turkey are facing anti-state charges, the press freedom organisation said in its report.

It is believed to be the highest number of journalists ever held in one country at one time. Dozens of other journalists are imprisoned in Turkey, but CPJ was unable to confirm a direct link to their work.

Some observers, as Elif Şafak noted in a New Yorker essay, believe the total could be as high as 140.

In a two-month period, the Turkish government led by President Recep Tayyip Erdoğan detained more than 100 journalists and closed down at least 100 news outlets, said the report.

Outside Turkey, the total of 259 journalists in jail around the globe compares to 199 at the same time last year. It is the highest number since the CPJ began keeping detailed records in 1990.

Those numbers do not include journalists who have disappeared, or who are in the hands of non-state groups. For example, the freelance British journalist John Cantlie, held by Islamic State, is classified as “missing” or “abducted”.

After Turkey, the worst offender in 2016 was China, where 38 journalists were in custody on 1 December. China was the world’s worst jailer of journalists in the previous two years.

Egypt was listed in third place, with 25 journalists incarcerated. Many of them have spent years in jail without facing trial. Eritrea and Ethiopia are fourth and fifth worst jailers of journalists.

This year marked the first time since 2008 that Iran was not among the top five worst offenders. The report points out that many of those detained and convicted in a post-election crackdown in 2009 have served their sentences and been released.