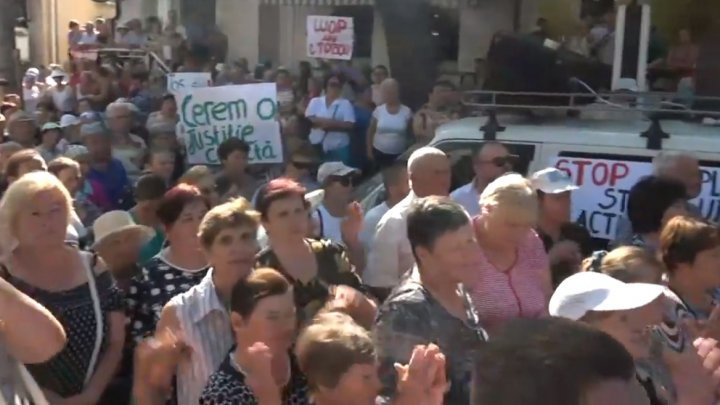 Dozens of people are rallying in front of Supreme Court with the message "Government don't interfere in justice act", lifting banners "Ilan Șor, we are with you".

"It's not the first time we've been with you rallying. We must be strong and fight till the end."

An international search warrant was issued on Deputy Ilan Şor. Last week, Cahul Appeal Court decided the deputy to be under custodial investigation.

According to the Anti-corruption Prosecution, the deputy left illegally the territory of Moldova and neither crossed any customs or border controls. Prosecutors initiated a dossier regarding this crime during June 14-17.

In June 2017, Ilan Şor was sentenced to seven and a half years in prison in a semi-closed prison. He was charged with fraud and money laundering, in one of the files concerning the disappearance of money from the Banca de Economii, the Social Bank and Unibank.

His file then was transferred to the Cahul Appeal Court last February.