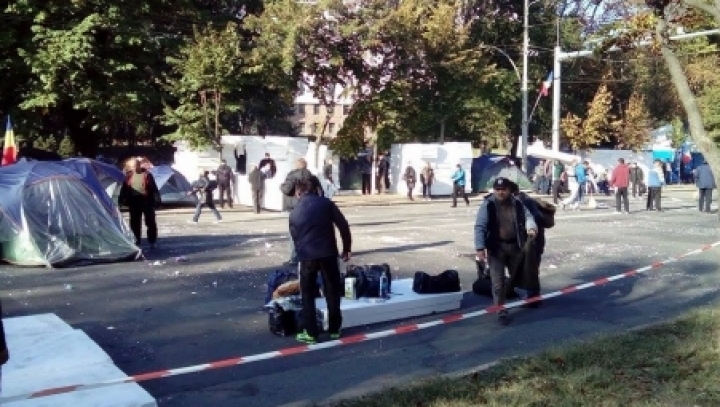 After the DA Party of Țopa fugitive convicts, now it’s the turn of the supporters of Renato Usatîi and Igor Dodon. The protesters in front of the Parliament building must dismantle their tents the soonest possible. This is necessary to repair Ștefan cel Mare și Sfânt avenue in Chisinau’s downtown.

The City Hall has requested a court to make such a decision.

In order not to hinder the revamp works, the protesters could dismantle their tents for the necessary period.

Some of them say they will obey if a court makes such a decision, but later will install the tents again.

The representatives of the Socialists Party have not made a decision in this respect.

"There is no decision yet. We want to see that official letter. We don’t know what the City Hall wants. At this stage we are not ready to leave the area in front of the Parliament," said Socialist MP Vasile Bolea.

The Socialists Party and the Partidul Nostru Party installed their tents on September 24, last year, and they may be sued unless they put up with the City Hall’s request.