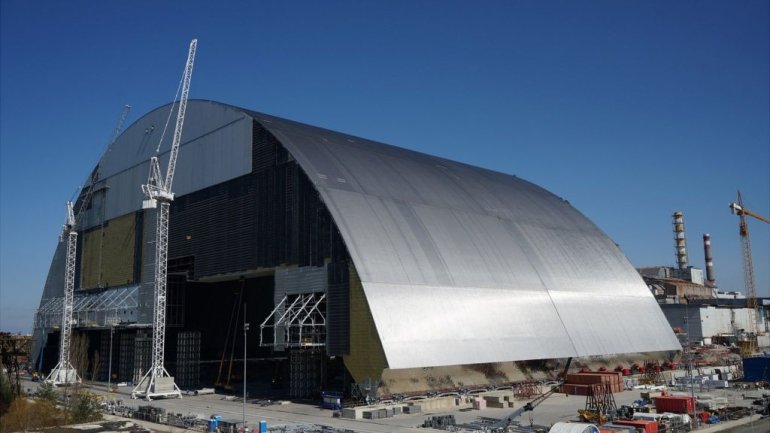 Work has begun at Chernobyl in Ukraine to move a giant shield over the site of the world's worst nuclear accident.

The concrete and steel arch will eventually cover the remains of the reactor which lost its roof in a catastrophic explosion in 1986.

The blast sent a plume of radioactive material into the air, triggering a public health emergency across Europe.

The shield is designed to prevent further radioactive material leaking out over the next century.

The European Bank for Reconstruction and Development (EBRD), which is leading the project, describes the arch as the largest moveable land-based structure ever built, BBC reporting.