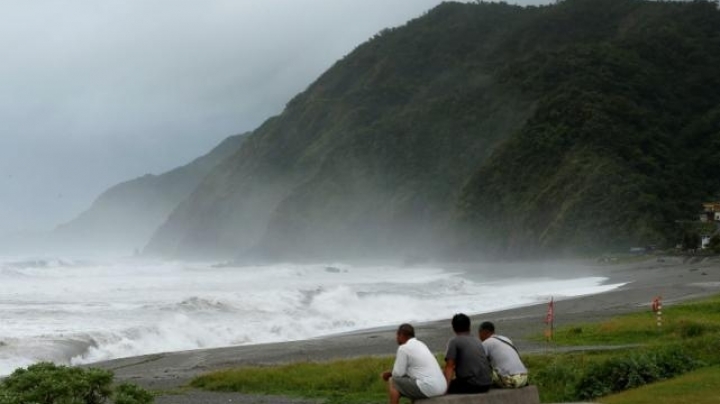 Taiwan and China began battening down the hatches on Thursday ahead of the arrival of super Typhoon Nepartak, the first of the year, with fears in China that storm could worsen already severe flooding in the east of the country, reports Reuters.

The typhoon is expected to make landfall on Taiwan's mountainous but sparsely populated east coast in the early hours of Friday, where it will loose much of its strength, before crossing over the Taiwan Strait and hitting China on Saturday.

The typhoon has been labeled a category 5 storm on a scale of 1 to 5 by Tropical Storm Risk making it a super typhoon but should drop to a topical storm by the time it reaches China.

Widespread flooding across central and southern China over the past week has killed about 130 people, damaged more than 1.9 million hectares of crops and led to direct economic losses of more than 38 billion yuan ($5.70 billion).

The city of Wuhan on the Yangtze River, home to 10 million people, has been particularly badly affected, with flooded subway lines and power cuts.

The typhoon is expected to push more rain into already flooded areas in and around Wuhan, the Xinhua news agency said.

Wuhan is a hub for the auto industry, though automakers including Honda, Nissan and state-owned Dongfeng reported no disruptions.

Peugeot's venture there said it launched emergency contingency plans, including deploying a sewage pump truck, but factory operations were uninterrupted and its vehicle warehouse unaffected.

Fujian province, opposite Taiwan, has canceled all ferries to Taiwan and Taiwan-controlled islands, and suspended some trains, while Guangdong province has told fishing boats to return to port, the central government said on its website.

Typhoons are common at this time of year in the South China Sea, picking up strength over warm waters and dissipating over land.

Typhoons used to kill many people in China but the government now enforces evacuations and makes preparations well in advance meaning death tolls in recent years have been much lower.

In 2009, Typhoon Morakot cut a wide path of destruction over southern Taiwan, killing about 700 people and causing $3 billion worth of damage.