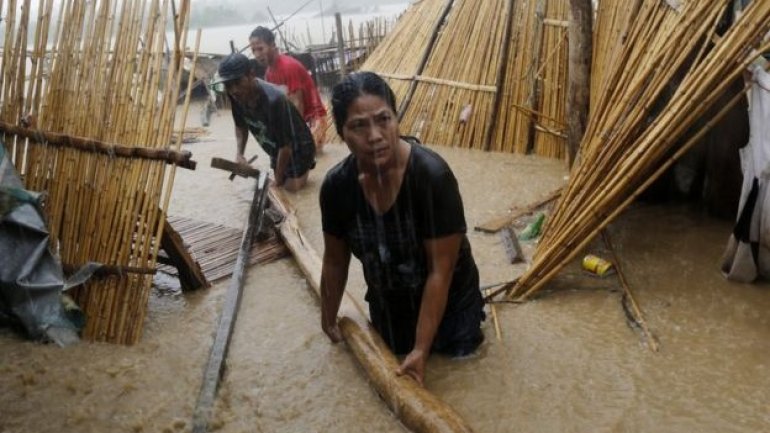 At least four people have been killed in the Philippines as Super Typhoon Haima hit the country, reports BBC.

The storm, which brought sustained winds of up to 225 km/h, made landfall over Cagayan in the north on Wednesday.

Nearly 100,000 people were evacuated from threatened areas as the storm approached.

There was widespread damage overnight, with homes destroyed and power lines brought down.

Authorities said two of those killed were buried in a landslide, and two others buried in a shanty town in a mountainous region.

Experts had feared Haima could prove as destructive as the catastrophic super typhoon Haiyan, which claimed more than 7,350 lives in 2013.

The Philippines endures around 20 major storms every year, many of them deadly.

President Rodrigo Duterte, in Beijing on a state visit, had said he prayed the Philippines would be spared but that they were "ready".

The storm was upgraded to a super typhoon just before it hit in Penablanca, a town in Cagayan province, around 23:00 local time on Wednesday.

On Thursday morning, there were reports of damage across a wide area.

Haima, known as Lawin locally, had a weather band 800 km wide, and authorities had warned the public to expect fierce winds and storm surges up to five metres or higher.

It is the second typhoon to hit the Philippines in a week, after Sarika struck on Sunday. At least one person was killed in that storm, and three people are still missing.

Haima is now moving out across the South China Sea towards Hong Kong and southern China.