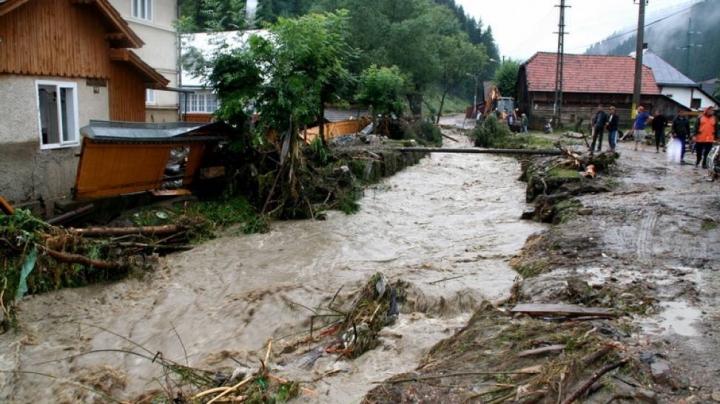 The rain registered last Sunday, 3 July 2016, has affected many regions in the country. According to Emergency Situations Service, in Ungheni district the rescuers have intervened in three cases of tree clearance. Thus, in Blindesti village a tree fell on the Ungheni-Sculeni road andhas blocked the traffic.

In Leova district, a tree fell over the roof of the Regional Hospital and damaged 20 sheets of slate.

A similar case was registered in two houses in Balti. In other four households,the courtyards and gardens were water-logged.

The traffic on some roads was blocked because of fallen trees and branches, and two cars and the balcony of a block of flats were destroyed.

The Emergency Situations Committee will establish the material prejudice caused by the weather.