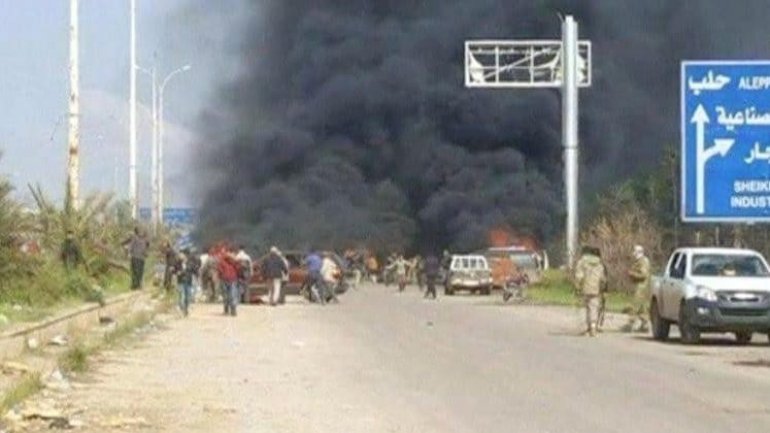 A suicide car bombing killed at least 24 people Saturday in an attack near buses for Syrians evacuated from two besieged government-held towns, a monitor said. Syrian TV said at least 39 people were killed in the blast.

The Syrian Observatory for Human Rights said the attack in Rashidin, west of Aleppo, targeted residents evacuated from the northern towns of Fuaa and Kafraya under a deal reached between the regime and rebels.