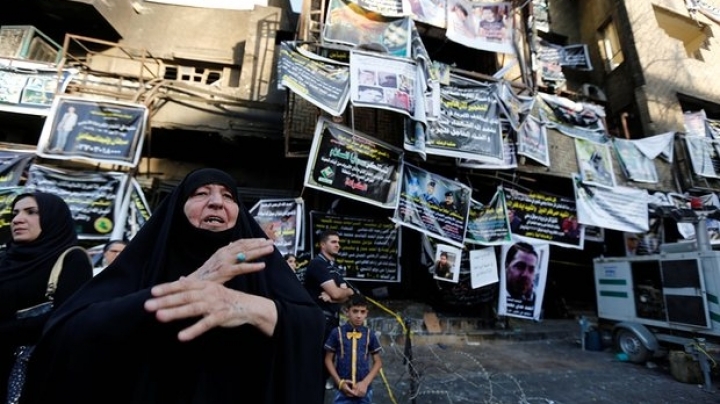 A suicide car bomb has ripped through an outdoor market in a Shia-dominated north-eastern district of Baghdad, killing at least 11 people, reports The Guardian.

On Monday, during a visit to Baghdad, Ash Carter, the US defence secretary, said Washington would send 560 more troops to Iraq to help battle Isis.

In Tuesday’s bombing, a pickup truck laden with explosives detonated during the morning rush hour at a vegetable and fruit market in the al-Rashidiya district, a police officer said. The blast killed 11 and wounded up to 32, and also damaged several cars, he added.

No group immediately claimed responsibility for the attack, but it bore the hallmarks of Isis. The Sunni extremists, who consider Shias to be heretics, swept across northern and western Iraq in the summer of 2014, capturing large chunks of territory and plunging the country into its worst crisis since US troops left at the end of 2011.

On Sunday 3 July, a massive Isis truck bombing struck a bustling commercial area in Baghdad’s predominantly Shia neighbourhood of Karada, killing 292 people in one of the deadliest attacks since the 2003 US-led invasion. And last Thursday, an attack at a Shia shrine north of Baghdad killed 37 people.