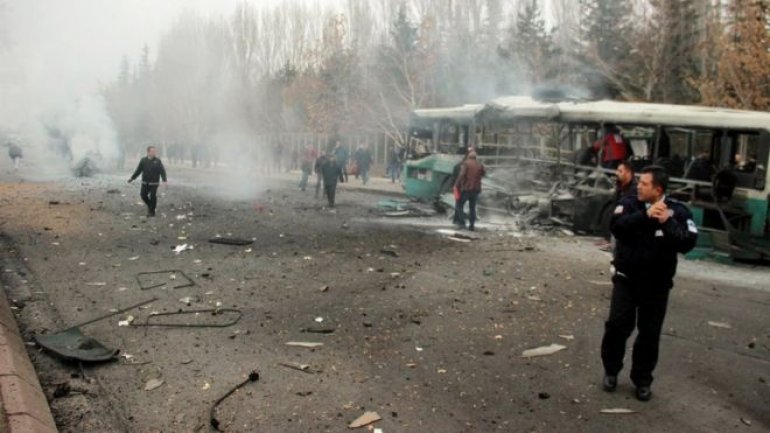 A suspected suicide car bomb in Turkey has killed 13 soldiers aboard a bus and wounded 55 more, Turkish officials say, according to BBC.

The blast destroyed a bus carrying soldiers who had been allowed to visit a local market. An army spokesman said civilians may also have been injured.

The explosion comes a week after 44 people were killed by a bomb attack in Istanbul claimed by Kurdish militants.

Regional governor Suleyman Kamci said that the Kayseri attack was carried out by a suicide bomber parked next to the bus.

Turkey has suffered a series of fatal bombings in 2016 at the hands of both Kurdish militants and jihadists.

Deputy Prime Minister Veysi Kaynak said the attack in Kayseri was "unfortunately similar" to the attack by Kurdish militants in Istanbul.

The government has imposed a temporary black-out on coverage of the explosion.