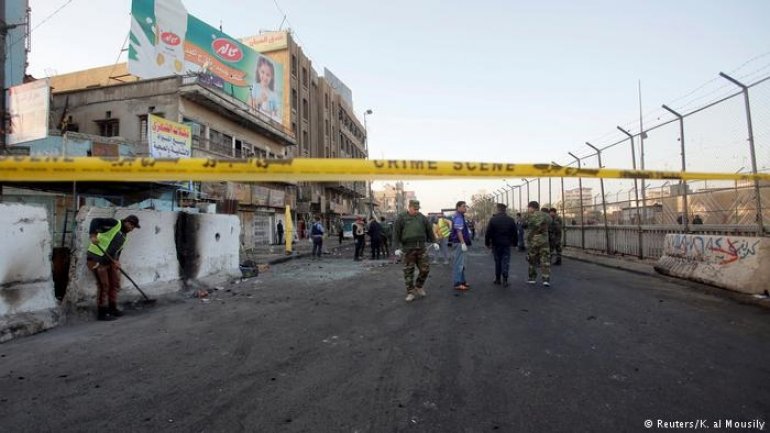 At least two dozen people have been killed in a double suicide bombing in Baghdad. The attack bore all the signs of "Islamic State," which is switching to an insurgency after losing urban areas, wrote dw.com.

Two suicide bombers detonated explosive vests at a busy square in Baghdad on Monday, killing at least 26 and wounding more than 80 others.

General Saad Maan from the interior ministry said two men targeted Tayyaran Square, a commercial and transport hub where day laborers are known to gather in search of jobs.

The death toll is likely to rise.

No group claimed credit for the attack, but it bore all the signs of the "Islamic State" group.

The Iraqi government claimed victory over IS in December, after a more than three-year offensive to expel the group from urban strongholds and rural areas.

However, analysts and military figures warn the group is likely to shift tactics from holding territory to carrying out an insurgency in Iraq and Syria.

The Iraqi army and government-aligned militias' battlefield successes have given a boost in popularity to Prime Minister Haider al-Abadi as the country heads for an election in May.