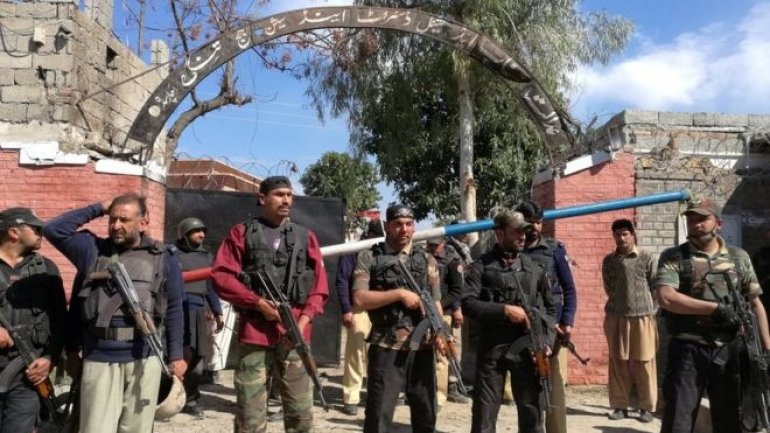 At least five people have been killed after suicide bombers tried to storm a courthouse in north-west Pakistan, police say, according to BBC.

The three bombers were also killed and more than 15 people wounded during the attack in Tangi, Charsadda district.

There was a 20-minute firefight at the gates to the courthouse complex.

The Pakistani Taliban group Jamaat-ur-Ahrar says it carried out the attack, the latest in a number of bombings to hit the country in recent days.