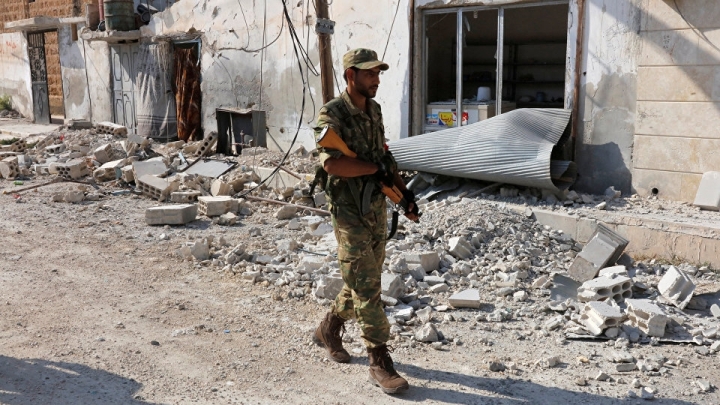 Five fighters of the Free Syrian Army (FSA) and several civilians died after a Daesh terrorist blew himself up in the village of Haftali in Syria’s Aleppo province, a source in local militia told RIA Novosti Sunday, reports Sputnik International.

The village is under control of several FSA units, which, according to militia, are fighting under command of Jabhat Fatah Al-Sham, formerly known as al-Nusra Front terrorist group.

"A terrorist riding a bike exploded on a square in Haftali. Five FSA militants were killed for sure. We cannot specify the casualties among the civilian population" the source said.

The FSA militants together with the Turkish army are carrying out an operation against Daesh and Kurdish militia in northern Syria. Syrian Kurds and Damascus have accused Ankara of violating the country’s territorial integrity.