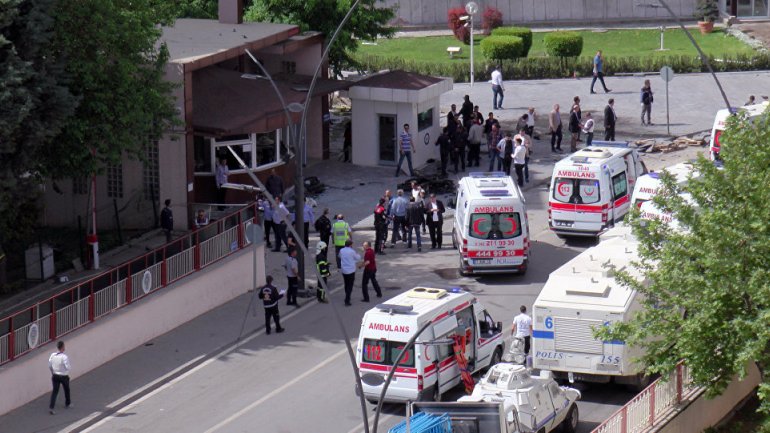 According to the CNN Turk television broadcaster, the suicide attack took place, when police officers blocked a group of terrorists in a flat.

A total of ten ambulances left from the scene to hospitals, according to the broadcaster.
AFLĂ imediat Știrile Publika.MD. Intră pe Telegram