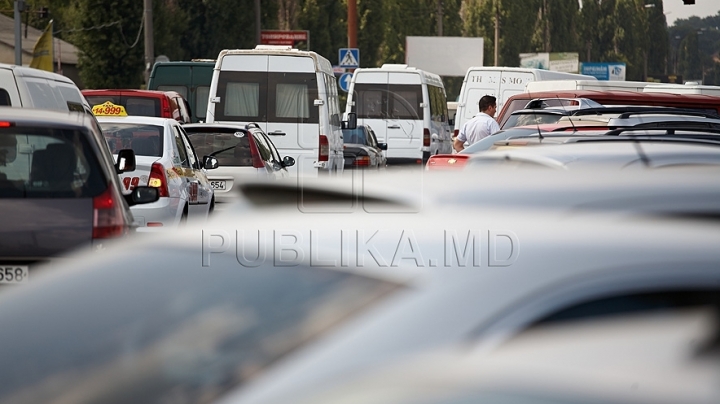 Today morning, 15 September 2016, the deputy minister of Transport, Sergiu Bucataru, jointly with ANTA representatives and the General Police Inspectorate, conducted verifications in the area of the Northern Bus Station.

Were verified taxi drivers who were parked near the bus station, and without a license for their activity.  As a result, 6 contravention processes were issued and three number plates taken out.

“We intensified the controls in bus stations because the phenomenon of the illegal transport should disappear as soon as possible. In this regard was created a working group for the intensification of the solutions for improving the legal framework regarding the paid activities for the vehicles with less than 8 places” mentioned the deputy minister Sergiu Bucataru.

At the same time, he mentioned that he is optimistic and considers that the sudden control actions will reduce significantly the transport activities without a license.

The Ministry of Transport and Road Infrastructure mentions that since the beginning of 2016 until present, as a result of sudden controls in bus stations, were issued 560 contravention processes and 385 number plates were taken off for a period of 30 days.

Only in the last three months, ANTA has conducted 48 sudden raids on national roads. As a result of verifications was noted the high interest of drivers to legalize the transport activities.