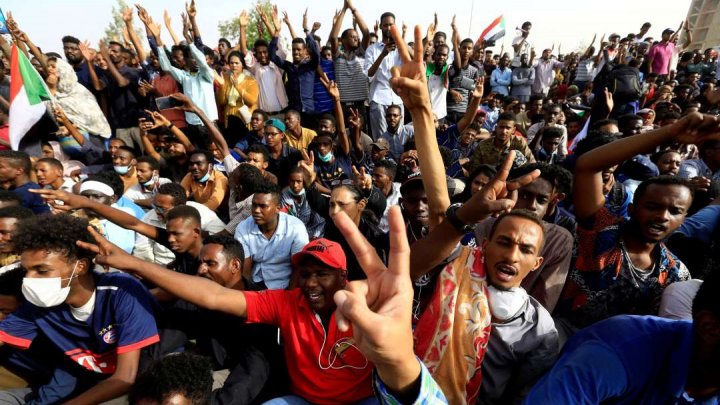 In just nine days, two of the Arab world’s most entrenched autocrats have been deposed, sending shock waves across the Middle East and North Africa and a warning to tyrants worldwide.

Both Abdelaziz Bouteflika of Algeria and Omar al-Bashir of Sudan successfully weathered the turmoil of the 2011 Arab Spring uprisings. Those protests began as calls for democracy and justice, but resulted in disastrous civil war or renewed autocracy throughout the region – with the exception of Tunisia, writes Independent.

By late 2013, after backing Abdel Fattah el-Sisi in a bloody coup against Egypt’s first freely elected government, the region’s autocrats were confident that the genie of the Arab Spring had been put back into the bottle. The rise of Isis in Syria, Iraq, and Libya underscored the message of the autocrats that the revolution the people dreamed of would only result in misery and violence.

With the election of President Donald Trump several years later, the autocrats were even more overjoyed. Here was a fellow traveller who not only overlooked their transgressions on human rights and civil liberties, but seemed a genuine kindred spirit.

In recent years, Algeria and Sudan cozied up to both reactionary Arabian Peninsula monarchies and even Western nations, selling themselves off as bastions of relative stability. Both drew investment from the Arabian Peninsula, and cut deals with Western firms. The Trump administration even removed long-imposed sanctions on Sudan.

The vision that the Arab world faced a choice of dictatorship or chaos created a curious alliance between Western leftist “anti-imperialists,” right-wing Islamophobes, and the autocratic regimes themselves. They all argued absolute rule was necessary to keep Islamic extremists at bay, even as liberals, feminists, LGBT+ advocates came under pressure. Over the the last two years Saudi Arabia and the UAE sought desperately to put the Arab Spring behind and refocus the region’s attention on fighting Iran.

But beneath the surface, the discontent continued to smoulder. Rural Sudanese protests over bread hikes in December quickly spread nationwide, escalating into the greatest domestic challenge against Bashir in his decades in power.

The protests petered out in the ensuing months. But then in February, protests began in Algeria over the decision by the infirm Bouteflika to seek a fifth term in office, guaranteeing another five years of rule by the country’s opaque circles of generals and businessmen.

Those weeks of ongoing protest escalated into demands for more fundamental change. “We are not hungry,” one protester insisted to me, over and over again. “This is not about the economy. This is not an uprising of the hungry. We want dignity.”

In both Algeria and Sudan, the military stage-managed the leaders’ departure, in a likely attempt to preserve their power, as was the case in Egypt in 2011.

But protesters are wiser now, much more mistrustful of the generals. Both in Algeria and Sudan there are calls by opposition and civil society groups for protesters not to vacate the public spaces under the control of the people, and to keep pushing for change.

During protests in Algeria, ordinary Algerians handed each other bottles of water and snacks, and swept up the streets after themselves in gestures of civic pride. In Sudan, protesters elevated women to leadership positions within the crowds while maintaining a spirit of nonviolence. Contrast such ethics to the violent yellow vest protests that have pummelled Paris week after week.

"The notion that Arabs need dictators to rule over them is a convenient myth for bigots and their symbiotic relationships with autocrats who have poor views of their own people,” said HA Hellyer, senior associate fellow at the Royal United Services Institute and the Atlantic Council. “It has been proven wrong, again and again, and Algeria and Sudan, notwithstanding the vast diversity that exists in those countries, that are Arab but also African and have many identities, shows the shallowness of that myth."

The collapse of the Bouteflika and Bashir regimes is sending reverberations across the world. On social media, users are warning Ugandan president Yoweri Museveni, in power for 33 years, Burundi’s Pierre Nkurunziza, and other African rulers that their turns are coming.

It remains to be seen whether the fates of Mr Bouteflika and Mr Bashir will finally shake autocrats and their Western backers from their somnolence and complacency.