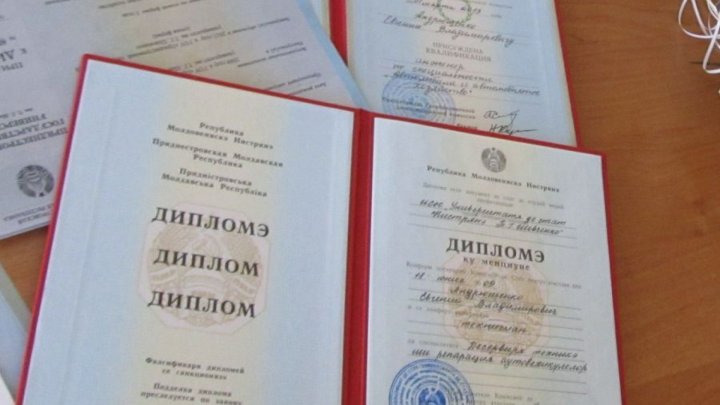 One more protocol signed between Chisinau and Tiraspol is successful. Over 140 diplomas of the Tiraspol University have been apostilled. The majority are for France and Italy.

"Everyone who requests the appostile receives it. They can apply wherever they want", mentioned Cristina Lesnic, vice-prime Minister for Reintegration.

The previous autumn, four protocols have been signed. One of these provide the access of Dubasari farmers to the lands placed next to Camenca-Tiraspol highway.

Also, almost 600 vehicles from the Transnistrean region have been matriculated the the Agency of Public Services, that were opened in Tiraspol and Rabnita in September.