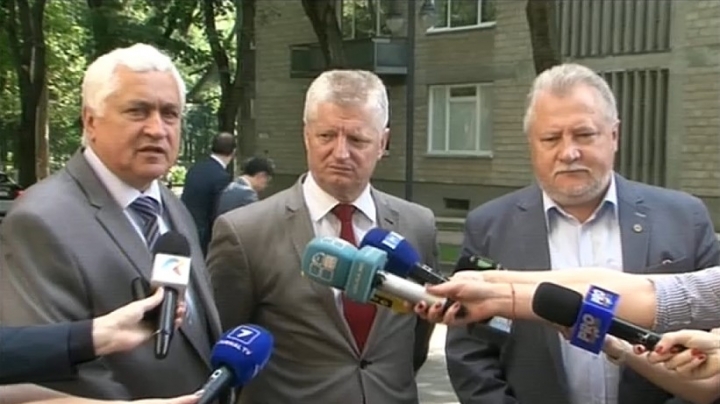 UPDATE (10:55): During the meeting was discussed a new project regarding the National Security Strategy.

"This document is a strategic one. The main objectives are the creation of a state based on law, fight with corruption, Transistrian problem and the financial-banking problem" said the presidential counsellor, Alexei Barbaneagra.

"It is a vast document, has many chapters of military, geopolitical, environmental security and many others. The strategy was adopted unanimously. We have to mention that the plan needs money" said the president of parliamentary committee for security, Veaceslav Untila.

(07:28)External and internal risks on the country security, including its consolidation in the context of regional geopolitical evolution will be discussed today at the meeting of the Supreme Council for Security.

The members of the structure will also examine the project of the National Security Strategy.

Regarding the internal risks, in the project is mentioned the corruption in the state institutions and the delay of solving the Transistrian conflict.

Another threat is the excessive dependency on energetic sources controlled by one state and the offering of economic, military and political support to the non-constitutional regime from Tiraspol.

At the same time, an increased attention in the project is given to the informational risk, to which our country is subjected.

During the meeting, the authorities will also discuss the regional instability and the conflict in Ukraine, and also the involvement of foreign citizens in the problems of internal politics of the country.