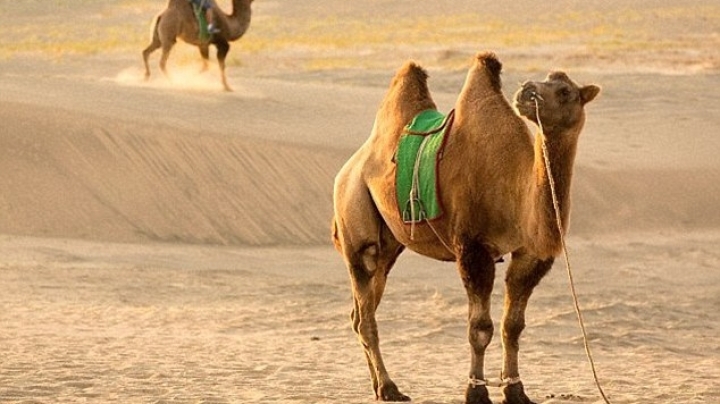 If getting struck down with a cold gives you the hump, there is only one animal to blame, reports Daily Mail.

The virus that causes the common cold was originally passed to humans from a camel, according to a new study.

This means the virus came from the desert-dwelling animal that also passed us the deadly Middle East Respiratory Syndrome (MERS), and the researchers warn MERS might spread across the globe in the same way the common cold has.

Researchers at the University Hospital of Bonn in Germany had been looking into the origins of MERS when they made the discovery.

'In our MERS investigations we examined about 1,000 camels for coronaviruses and were surprised to find pathogens that are related to HCoV-229E, the human common cold virus, in almost six per cent of the cases,' said Professor Christian Drosten lead author of the research.

The scientists took samples of the camels' cold viruses and discovered they were also capable of infecting humans.

The researchers reported their findings in a paper published in the Proceedings of the National Academy of Sciences.

Further analysis of viruses in bats, humans and dromedaries showed the common cold virus was transmitted from camels to humans.

They found the human immune system is able to defend itself against the camel viruses, just as it can against common cold viruses - meaning there is no threat of an epidemic.

But the future is less certain for MERS.

The global spread of HCoV-229E happened through human-to-human transmission, which is highly likely to have occurred during a past pandemic.

This means there is a concern the same could happen with MERS.

There is need for action, the researchers said.

A team from the same hospital are working intensively on researching a vaccine against MERS which will go into clinical testing early next year.