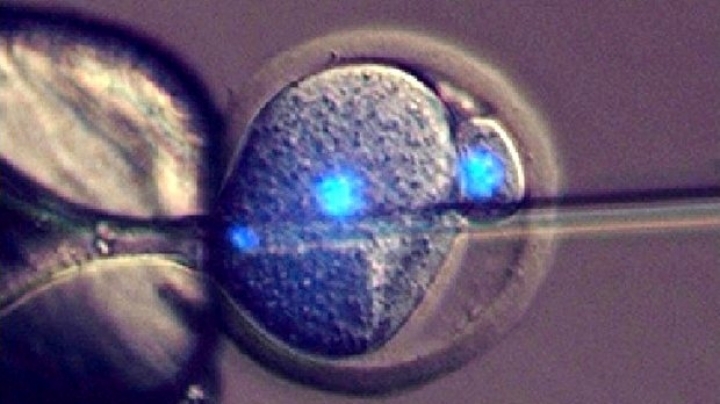 Babies may one day be born from embryos made with skin cells rather than eggs, according to scientists, a possibility that could transform not only efforts to save endangered animals but also human fertility treatment, reports The Guardian.

The team of researchers proposed the futuristic scenario after producing a litter of healthy mice with a technique that bypasses the normal step of fertilising an egg cell with sperm.

The study hints that eggs may not be unique in their ability to form embryos with sperm, and that skin and other cells in the body could even take their place.

“Our work challenges the dogma, held since early embryologists first observed mammalian eggs around 1827 and observed fertilisation 50 years later, that only an egg cell fertilised with a sperm cell can result in live mammalian birth,” said Tony Perry, an embryologist and lead researcher on the project at Bath University.

“What we’re talking about are different ways of making embryos. Imagine that you could take skin cells and make embryos from them? This would have all kinds of utility,” he added.

The potential to use skin cells instead of eggs remains highly speculative for now. But if researchers can overcome the remaining hurdles, of which there are many, they could in theory create embryos for women who cannot make their own eggs because of old age, or after cancer treatment that damages fertility.

But the technology would also pave the way for male couples to have embryos made by fusing a skin cell from one man with the sperm of another. An embryo could even be made by merging a skin cell with sperm from the same man.

Perhaps more immediately, the research might help conservationists to maintain populations of endangered animals by giving them an alternative way to make embryos from rare creatures that can be carried to term in surrogate mothers.

Robin Lovell-Badge, a geneticist at the Francis Crick Institute, who was not involved in the project, called the work a “technical tour de force”, adding: “I’m not surprised that the authors are excited about this.”

Writing in the Nature Communications journal, the scientists described how they took mouse eggs and used chemicals to trick them into developing as if they had been fertilised. Known as parthenogenotes, these unusual embryos behave much like skin and other cells in the body.

The scientists next injected sperm into the embryos and found that rather than dying, they developed normally, and when transferred into female mice, led to apparently healthy mouse pups. The study shows that normal egg fertilisation is not the only way to mature a sperm into the form needed to make all the tissues in the body.

In all, the researchers produced 30 pups with a success rate up to 24%. Some of the mice born in the latest study have gone on to have pups of their own, and some of these have had offspring too. The researchers said they have seen no sign that the procedure harms the animals.

Perry said his group hoped to study the potential for skin cells to replace eggs in future research. “Will we be able to do that? I don’t know. But I think, if it is ever possible, one day in the distant future people will look back and say this is where it started.”

Paul Colville-Nash from the Medical Research Council, which funded the study, said: “This is an exciting piece of research which may help us to understand more about how human life begins and what controls the viability of embryos, mechanisms which may be important in fertility.

“It may one day even have implications for how we treat infertility, though that’s probably still a long way off.”