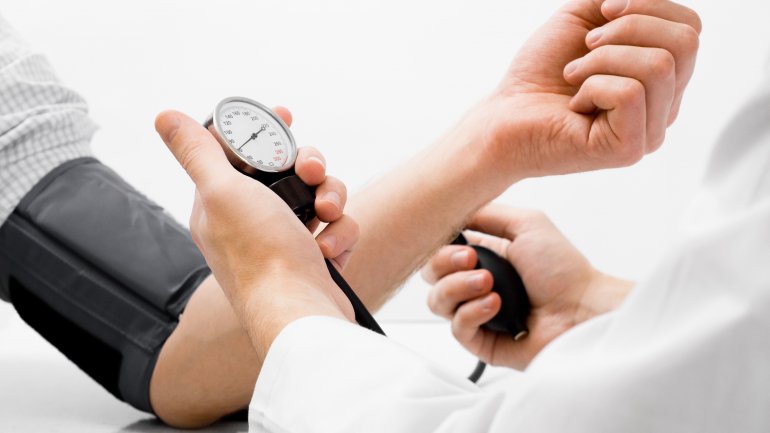 More than one in four adults have high blood pressure, dubbed the silent killer, although many people will not know.

This leads to damage of the white matter parts of the brain that are critical for cognitive function, and may promote dementia, including Alzheimer's, they said.

The experts also pointed to 'strong evidence' of a negative effect of mid-life high blood pressure on the brain's function in later years.

The team called for further research to establish whether treating high blood pressure, especially in middle age, cuts the risk of suffering damage to parts of the brain later in life.

The statement, which was published in the AHA journal Hypertension, came after UK research earlier this year on more than four million people confirmed a link between high blood pressure and the risk of vascular dementia.

Vascular dementia is the second most common cause of dementia after Alzheimer's disease and is caused by a reduction in blood flow to the brain resulting from a stroke or damage to small blood vessels.

It is thought to cause memory loss, communication problems and personality changes.

Chairman of the AHA's writing committee Dr Costantino Iadecola said one of the problems with recommending blood pressure treatment that may help prevent dementia was that there are often years between the time a patient has high blood pressure and when the cognitive problems arise.

Long-term studies looking at when treatment should start to protect the brain are needed, he said.