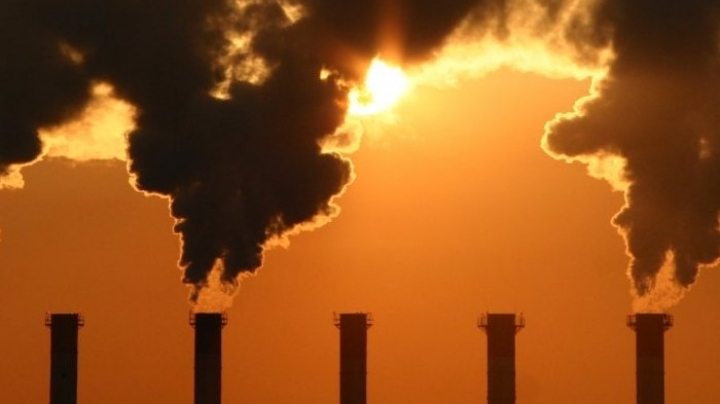 The global temperature has increased to a level not seen for 115,000 years, requiring daunting technological advances that will cost the coming generations hundreds of trillions of dollars, according to the scientist widely credited with bringing climate change to the public’s attention, reports The Guardian.

A new paper submitted by James Hansen, a former senior Nasa climate scientist, and 11 other experts states that the 2016 temperature is likely to be 1.25C above pre-industrial times, following a warming trend where the world has heated up at a rate of 0.18C per decade over the past 45 years.

This rate of warming is bringing Earth in line with temperatures last seen in the Eemian period, an interglacial era ending 115,000 years ago when there was much less ice and the sea level was 6-9 meters higher than today.

In order to meet targets set at last year’s Paris climate accord to avoid runaway climate change, “massive CO2 extraction” costing an eye-watering $104tn to $570tn will be required over the coming century with “large risks and uncertain feasibility” as to its success, the paper states.

“There’s a misconception that we’ve begun to address the climate problem,” said Hansen, who brought climate change into the public arena through his testimony to the US congress in the 1980s. “This misapprehension is based on the Paris climate deal where governments clapped themselves on the back but when you look at the science it doesn’t compute, it’s not true.”

The paper, submitted as a discussion paper to the Earth System Dynamics journal, is a departure from the usual scientific process as it has yet to be peer reviewed and has been launched to support a legal case waged by a group of young people against the US government.

Last year, 21 youths aged between 8 and 19 years old filed a constitutional lawsuit against the Obama administration for failing to do enough to slow climate change. Hansen and his granddaughter are parties to legal challenge, which was filed in Oregon and asserts that the government has violated young people’s rights to life, liberty and property.

Hansen, who has become increasingly outspoken on climate change since retiring from Nasa in 2013, said he recognized some scientists might object to publicizing the paper so soon but that “we are running out of time on this climate issue.”

The courts need to step in to force governments to act on climate change because they are largely free of the corrupting influence of special interests, Hansen said. He repeated his call for a global tax to be placed upon carbon emissions and said that fossil fuel companies should be forced to pay for emissions extraction in the same way the tobacco industry has been sued over the health impact of cigarettes.

Several recent studies have cast doubt over whether the world will stay with an aspirational target set in Paris of a 1.5C limit on the average global temperature rise. This guardrail, and even the 2C limit agreed by 195 nations, appears dependent on as-yet undeveloped technology that would remove greenhouse gases from the atmosphere.

Under this scenario, huge emissions cuts would be supplemented by a widespread conversion to biofuels that would be burned for energy. The emissions from this energy would then be buried underground. Some sort of futuristic technology that sucks CO2 directly from the atmosphere may also be required.

Hansen said this is a “dubious” proposition because it requires a vast change in land use at a time where a growing global population will require more food. There are also major doubts whether technology to capture CO2 and lock it underground, often touted as a panacea by the fossil fuel industry, will be developed in time to help avoid the dangerous sea level rise, drought, heatwaves and disease spurred by warming temperatures.

Last week, the National Oceanic and Atmospheric Administration said that carbon dioxide levels will not drop below the symbolic 400 parts per million (ppm) mark in our lifetimes – the highest concentration of CO2 since the Pliocene era 3m years ago.

The environment of this time, where sea levels were around 20m higher than today and trees were able to grow near the north pole due to a lack of ice, is a “bellwether for what future climate might be like,” according to Bruce Bauer, a scientist with NOAA’s National Centers for Environmental Information.

Michael Mann, a prominent climatologist at Penn State University, agreed that CO2 removal will be required if the world was to avoid 1.5C warming although the 2C limit “could likely be achieved without negative emissions, but it would require urgent action, as I have argued myself is necessary”.

Mann added that Hansen’s paper is “interesting” but tackles a huge range of topics and is unconventional in its use as a tool to support a legal case.