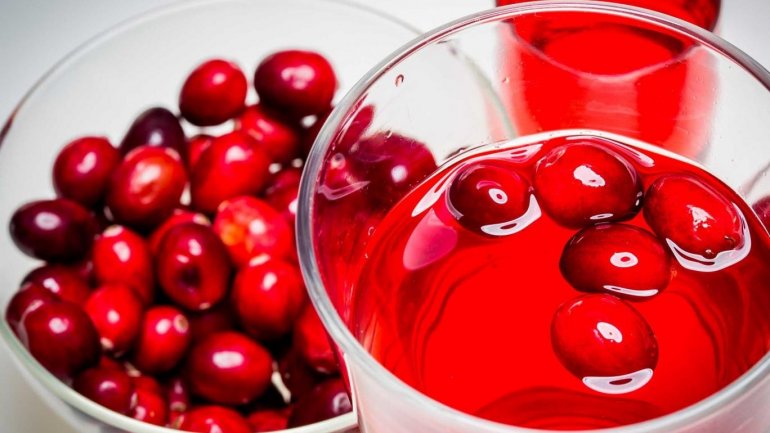 Cranberries, cranberry juice and cranberry products are often recommended as a natural way to prevent urinary tract infections, but a new study suggests that this effort may be futile, reports CNN.

Nursing home residents who took high-potency cranberry capsules did not have fewer episodes of urinary tract infection than those taking a placebo, researchers discovered.

"Although our study was only in nursing home women, many other studies have been done in other populations, which have not shown a benefit," said Dr. Manisha Juthani-Mehta, lead author of the study, published in the Journal of the American Medical Association.

"For women that enjoy eating cranberry products or drinking cranberry juice, I encourage them to continue doing so," said Juthani-Mehta, an associate professor at the Yale University School of Medicine. But spending money on cranberry capsules with "limited potential benefit" for preventing urinary tract infections "does not seem worthwhile."

Urinary tract infections plague women of all ages, and as men age, they too become increasingly susceptible. UTIs, as they are commonly known, occur when bacteria infect the urinary tract. Symptoms include feeling the need to urinate despite having an empty bladder, pain or burning while peeing, frequent urination, low fever and cloudy or bloody urine.

The body can sometimes flush out an infection on its own, according to the US Centers for Disease Control and Prevention, but an infection may cause discomfort and could spread to the kidneys, becoming serious.

Among nursing home residents, UTIs are the most commonly diagnosed infection. Still, it's a difficult diagnosis to make since bacteria in the urine can come without symptoms. Research has showed that up to half of all women living in nursing homes test positive for bacteriuria, or bacteria in the urine, even if they don't experience symptoms of an infection. Pyuria (pus) is present in 90% of residents with bacteriuria.

To treat infections, doctors usually prescribe antibiotics. Yet the germs causing these infections are becoming less susceptible to these drugs, and infections do not always go away easily.

Alternatively, a common suggestion for those who suffer recurrent UTIs is to drink plenty of cranberry juice. The acidity of the cranberry is believed to change the pH balance of the urinary tract and bladder to keep an infection from developing. Although the origins of this folk remedy are unclear, a scientific study published in 1923 showed that cranberries, and prunes, affect the acidity of urine.

"One of the first studies that showed that cranberry juice was effective in older women living in nursing homes and assisted-living facilities was published in 1994," Juthani-Mehta said.

But since then, she said, there have been multiple conflicting studies: Some show that cranberry juice or capsules do prevent infections, but others say they do not. A 2012 review of 24 studies with a total of 4,473 participants found little evidence and concluded that cranberry juice "cannot be recommended for the prevention of UTIs."

"Since cranberry juice is hard for older women to drink (taste, sugar load, volume), capsules at a high dose of the active ingredient were worthwhile to test," Juthani-Mehta wrote in an email.

She and her colleagues enlisted the help of 185 women residing in various nursing homes, though only 147 women completed the study. About a third (31%) of the women tested positive for bacteriuria plus pyuria in their urine even before the study began.

The researchers randomly assigned the women to take two cranberry capsules daily, each containing 36 milligrams of the active ingredient proanthocyanidin, or to take a placebo.

Some women found it difficult to stick to the routine, and some missed a dose or two as the yearlong study continued, but Juthani-Mehta stands by her results and her opinion that cranberries are ineffective when it comes to UTI prevention.

Cranberries continue to be suggested as an alternative treatment for urinary tract infections in a number of places, from the popular women's website Our Bodies Ourselves to the austere American Congress of Obstetricians and Gynecologists. They also recommend drinking plenty of fluids to flush out bacteria.

Noting that recurrent UTIs are distressing as well as costly, Dr. Lindsay E. Nicolle of the University of Manitoba advises identifying new approaches to preventing and treating these common infections, including "a wiser use of antimicrobial therapy" and "immunologic interventions."

Nicolle acknowledges that "a person may, of course, choose to use cranberry juice or capsules for whatever reason she or he wishes," but she says she cannot support cranberries. Evidence from this new study, combined with past research, is now "convincing that cranberry products should not be recommended as a medical intervention for the prevention of UTI."