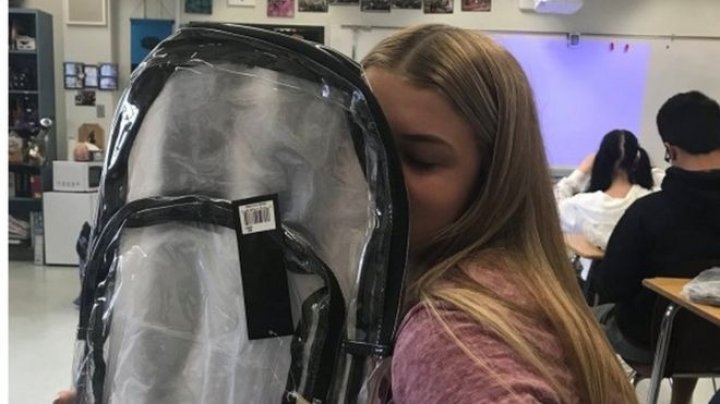 Students at the school in Florida where 17 people were killed in a shooting in February have returned to class for the first time with transparent bags.

But students have argued that the new bags will not prevent future attacks.

The new rules about the clear rucksacks, which were provided to students for free, came into effect on Monday as classes resumed after the spring break. Other security measures announced last month include mandatory new ID badges for students, with plans also in place for airport-style security scanners.

A number of security breaches were reported in the weeks following the killings.

The gunman's brother was charged with trespassing on the school grounds and three students were arrested - two for carrying weapons and one for making threats on social media.

Students have doubts about the backpacks for several reasons.

Some said that the bags would not have prevented the 14 February attack, as the gunman was not a student at the time, while others pointed to the logistical challenges the bags pose, with over 3,000 students at the school.

One pupil argued that more wide-reaching reform is needed.