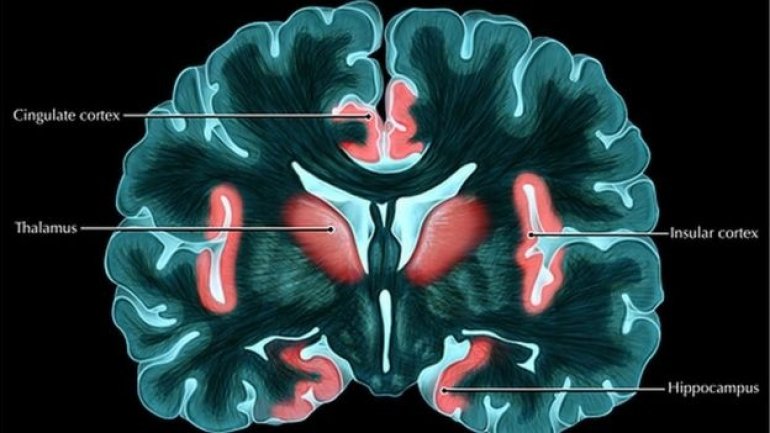 A part of the brain linked to emotions and empathy, called the insula, was found to be particularly small in girls who had suffered trauma.

But in traumatised boys, the insula was larger than usual.

This could explain why girls are more likely than boys to develop post-traumatic stress disorder (PTSD), the researchers said.

Their findings suggest that boys and girls could display contrasting symptoms after a particularly distressing or frightening event, and should be treated differently as a result.

The research team, from Stanford University School of Medicine, said girls who develop PTSD may actually be suffering from a faster than normal ageing of one part of the insula - an area of the brain which processes feelings and pain.

The insula, or insular cortex, is a diverse and complex area, located deep within the brain which has many connections.

As well as processing emotions, it plays an important role in detecting cues from other parts of the body.

The researchers scanned the brains of 59 children aged nine to 17 for their study, published in Depression and Anxiety.