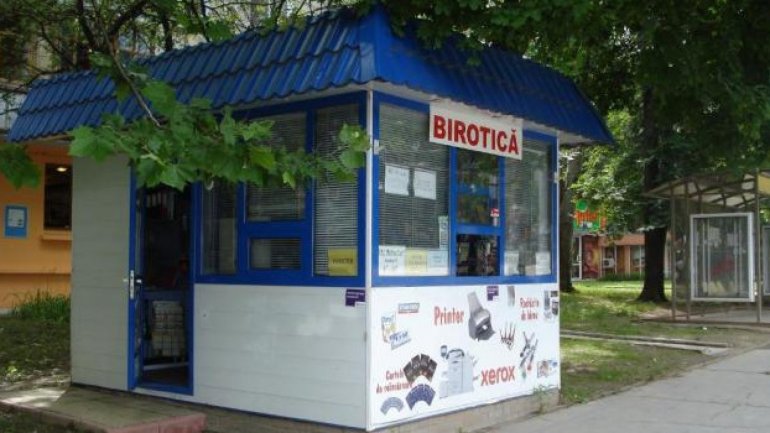 The City Hall of Chisinau has approved a new law, according to which the Capital will become street vendors and booths free.

The document forbids the placement of commercial places in multiple regions in the city. While it displeased some people, others claim that it will make the Capital more clean and beautiful.

One of the streets that will get rid of booths will be Dmitrii Cantemir boulevard. The new law states that the stalls have to be placed at least 20 meters from bus stations, therefore, once their licence expires they will be taken out.

"The idea is meant to create less traffic on the streets and a single place where people shot, not many small ones spread near the roads."

"Those booths are all over the place."

"I believe it to be a great idea, as they ruin the picture."

There were also those who questioned where they are supposed o buy newspapers and cigarettes from now on.

"Where will we buy them now? - They will be placed farther away. -But how can elders walk all that way?"

"There are certain situations where people need to buy something urgently. Of course it makes the city more loaded, but it is also more convenient."

Booths will disappear from 24 streets all over the Capital. In Râşcani sector 10 streets will be freed, while in Buiucani sector, five streets. Vendors claims that it will reduce their income.

"They of course oppose it. When people wait at the station they might buy things from booths, but with them placed farther away, nobody will approach it."

"Clients already know we serve coffee and wine here. If we were to move, the knowledge will be lost."

According to authorities, booths placed in forbidden spots will only be evacuated once their licence expires.

"License will not be offered in those places anymore. Booths that are already there, will be evacuated once it expires" Marcel Zambițchi,chief of Chamber of Commerce and Industry said.

The new law banns placement of booths in historical parts of the city, main streets, squares, parks and public gardens.