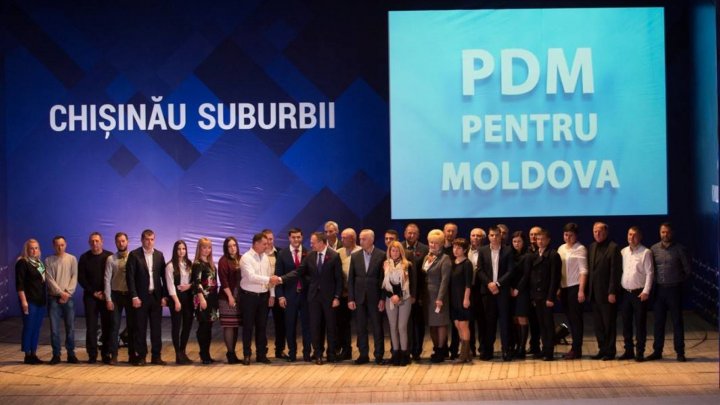 The mayor of Codru promised a new kindergarten.

"We have just one kindergarten in Codru. This is why, we found a land and we prepare the project", said Vladimir Munteanu, the mayor of Codru town.

In Sangera, the mayor plans to extend the street lightening network.

"The street lightening is very important for the development of our town. Many people who work during the night face troubles while coming back from work", said Valeriu Poiata, the mayor of Sang4era.

In Truseni, all the households will be connected to aqueduct.

"People want sewerage and aqueduct. These are the basic things for a developed society", said Ion Apostol, the mayor of Truseni.

Andrian Candu, the vice President of PDM and his colleague, Constantin Tutu appreciated these plans.

"The politicians in our country got used to the things that they need to make some promises before the elections. The Democratic Party doesn't do the same. We analyze all the promises that we make", said Andrian Candu, PDM vice-president.

"I am happy that we are improving our team. Here we talk about Bacioi, Sangera, Codru, Durlesti and Truseni. We have achievements, projects", said Constantin Tutu, PDM deputy.