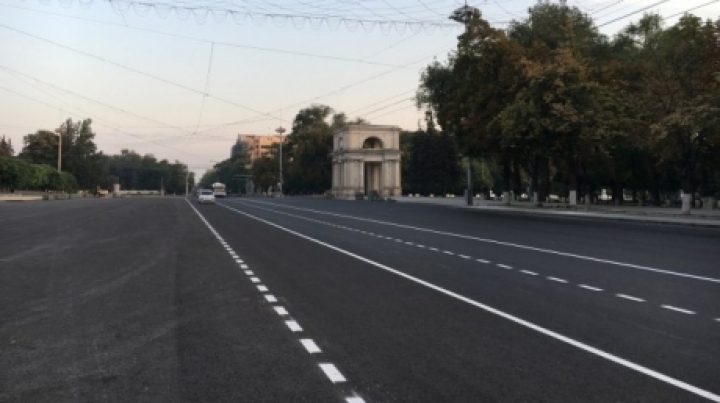 Today, drivers who passed through downtown had a surprise. The traffic on Stefan cel Mare boulevard was ruined by the strage mark that appeared overnight.

Authorities say that the marking is a temporary one, made at the request of the Ministry of Defense for the military parade to be held on August 27 in the National Square.

The mark appeared between three bands. At Puskin and Bodoni streets intersection four lanes were on one direction and only one on the opposite.

Some drivers were dissatisfied with the new mark and say that it was difficult to drive on this road.

Others, however, did not see these markings and drove as per usual.

According to officials of EXDRUPO, Ministry of Defence ordered the mark to be a temporary one.

"It was ordered by the Ministry of Defence as on 27th August the military parade will take place. The paint will wash away in a few days" ,  said representative of EXDRUPO,  Eugen Vârlan.

Military parade will take place on August 27 in Chisinau when Moldova will mark 25 years of independence. The parade will be attended by foreign military contingents.

Tonight  the rehearsal for the military parade will take place in the Great National Assembly Square.