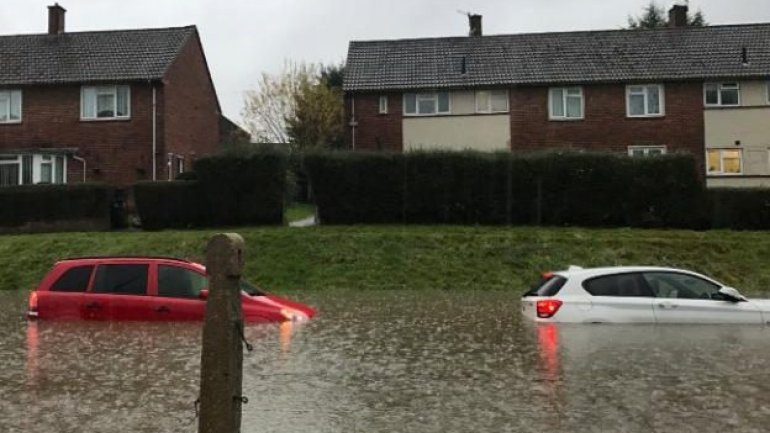 A swath of south-west Britain is coping with flooding and high winds as another block of torrential rain swept into Britain on the heels of Storm Angus, The Guardian reports.

The Met Office issued an amber warning – the second highest severe weather alert – for Devon and parts of Somerset, predicting that up to 30mm of rain could fall within an hour. It also released a yellow “be aware” warning for areas of northern England.

By early afternoon on Monday, there were 15 flood warnings – meaning flooding is expected and immediate action is required – in Devon, Somerset and Dorset. In addition, there were 89 flood alerts (flooding is possible, be prepared) across England and Wales.

Impacts were likely to include flooding of properties and parts of communities, the Met Office said, and significant disruption to travel, with a number of roads and rail services likely to be affected.