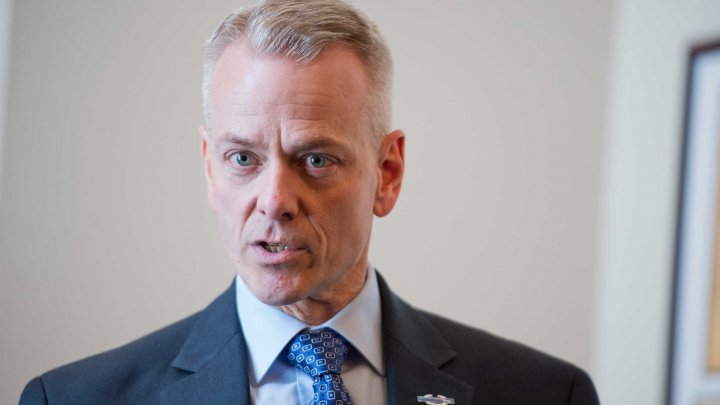 PDM and ACUM Block must leave aside their misunderstandings and to form a governing coalition to combat the Russian influence in our country, and NATO, UE and other Western partners must support them. This opinion are sharing Steve Russell, former House of Representatives of USA member, in which he was the Head of the National Security for Supervision and Reform Subcommittee.

Russell mentioned that Russia's implication in Moldova is obvious, openly supporting financially and logistically PSRM and keeping the troops on Moldova's territory since claiming our country's independence. The former American politician warned about the consequences of the parliamentary's fractions misunderstandings of the pro-Western parties can be terrible not only for Moldova, but also for NATO and EU.

Russell praised the efforts of the last four years of the previous government in the fight against corruption, the the commerce regulation and thwarting of the Russian laundromat functioning by transformation of the banking system. He described how did it get to the ingrate situation of the Republic of Moldova, which is almost into Russia'n influence. According to him, the European power and USA are more concerned about the internal problems, and this thing created a vacuum-effect in the worldwide leadership, a fact that has been used by Kremlin. Steve Russell thinks that there is still time and Moldova can be saved. This can be made through political dialogue between the two pro-European forces of the Parliament, with the aim to counter-action with Russia, and NATO and EU must support in this goal.
AFLĂ imediat Știrile Publika.MD. Intră pe Telegram