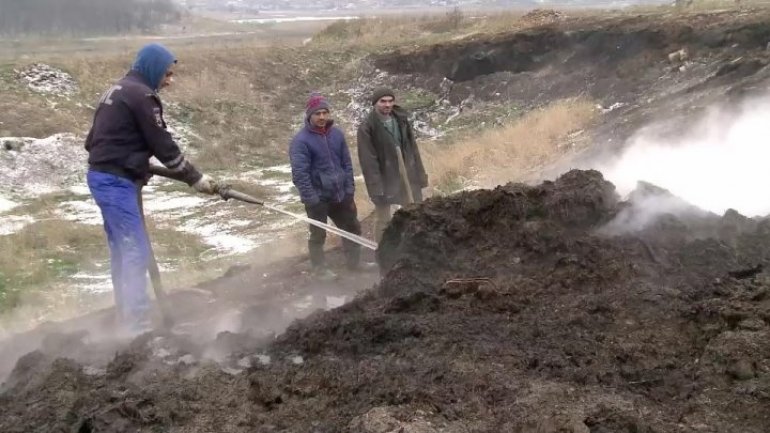 Fire broke out in garbage landfill of poultry factory and caused unbearable smell for people in the nearby Step-Soci village, Orhei district.

Representatives of the Ecological Inspectorate say the garbage caught the fire itself and the factory administration will be sanctioned.

"We found out two fires this morning which triggered fermentation and unpleasant smell. They were self - inflicted. Certainly they have caused air pollution," said Head of Orhei Ecological Inspection, Ştefan Mihălas .

The management of the factory was not found but the PUBLIKA team managed to talk with some workers trying to extinguish the fire. They said this was not the first time that fire broke out in the landfill.

People complained that they had to suffer the unbearable smell of the factory which is two kilometers away from the village.

The management of the poultry factory bears a fine of up to nine thousand lei, because it did not keep the waste safely.

Local authority was not found to comment on the situation.