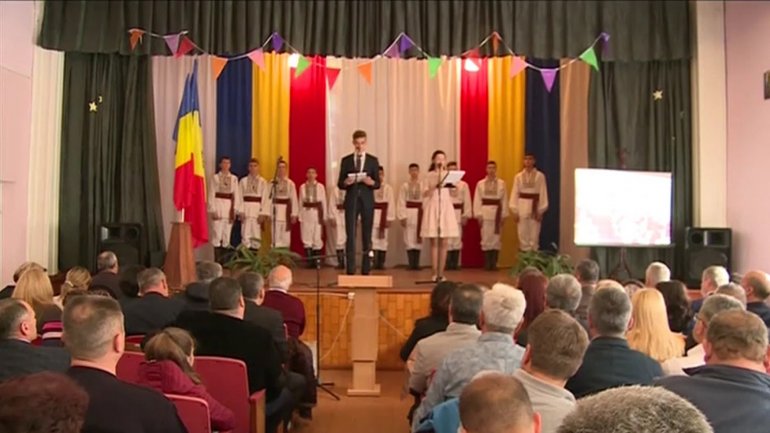 Pupils from Ştefan Vodă Lyceum will study in better conditions. The institution and its dormitory were renovated, the money being offered by the regional budget and Dâmboviţa council.

"We renewed the electrical wiring, as it was 50-year-old, as well as make the building fit the sanitary norms. The dormitory now has a sewage system" School's Director, Elena Corniţel declared.

The pupils and teachers are greatly pleased with the way their School looks like now.

The project was implemented with Romania's help.

"In 2012 we signed an agreement with Ştefan Vodă district, while in 2015 and 2016, along with Mr. Nicolae decided to work on specific projects and came to the conclusion that this Lyceum needs modernization" President of Dâmboviţa Council,  Adrian Ţuţuianu said.

Authorities assure that renovations in the School will continue.

"We will not stop here, with the help of Ministry of Education we will be able to finance 12 million lei to continue works in the B and C corpus, as well as the Ceremony Hall and the PE halls. We wish for this institution to become a role model for Republic of Moldova by the end of 2018" President of Ştefan Vodă distric Council, Nicolae Mozolea announced.

"For along time there was no financial possibility to repair schools and now, thanks to an agreement between Republic of Moldova and Romania, we were offered over 100 000 US dollars" PDM deputy, Boris Golovin stated.