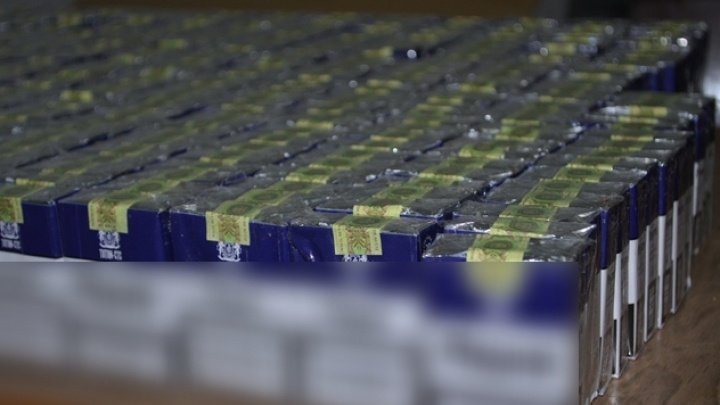 More than 5.5 million smuggling cigarettes were detected in 2017 by customs officers. It's twice as bigger than three years ago. 60 percent of hidden tobacco products were found by service dogs.

The patrols showed their mastery at an international championship held in Vadul lui Voda. Nine teams from eight countries participated in the competition.

On the first test, the dog from our Customs Service obtained the best result. In 20 seconds he smelled the place in a room where cigarettes were hidden.

"We recently returned from Latvia, from the championship where we got the diploma in the nomination of the best canine team," Andrei Buraga, quinologist, said.

The French canine disciple traced the tobacco after 39 seconds.

"He did it well, he did the test quickly and well," said French queenologist Catherine Schlecht.

The competitions were organized at the International Conference on Combating Illicit Trafficking in Cigarettes. Experts from ten countries took stock of their work in this area and set priorities for the future.

"Statistical data shows that the number of searches and detentions in 2016 doubled compared to 2015 and we maintain a steady increase of 25 percent in 2017," said Customs Director Vitalie Vrabie.

By signing the Association Agreement with the EU, Moldova has been forced to raise the excise duty for each cigarette package by 1.8 euros.
AFLĂ imediat Știrile Publika.MD. Intră pe Telegram