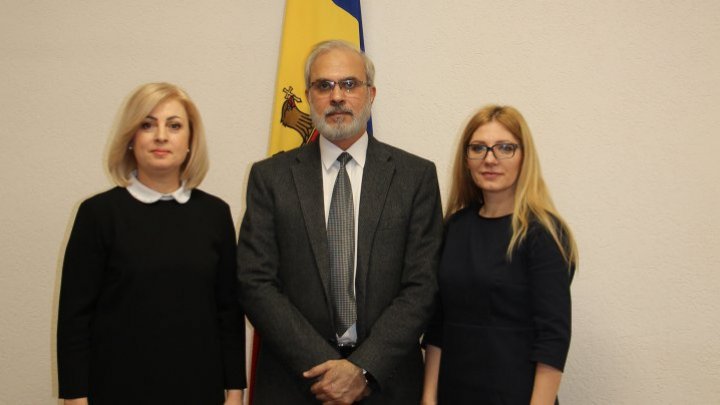 State Secretary of Ministry of Economy and Infrastructure, Iulia Costin, had a meeting today with the Ambassador of the Islamic Republic of Pakistan in Moldova, with Embassy headquartered in Bucharest, E.S. Mr. Safdar Hayat.

Officials discussed the need to capitalize on the potential for commercial and economic cooperation between both countries by enhancing trade and identifying concrete areas of cooperation.

"We advocate the development of bilateral economic and investment relations between Moldova and Pakistan.

In order to intensify bilateral co-operation, Government created favorable conditions for foreign investors, including Pakistani ones, by developing a favorable business environment framework.

We also aim at balancing the trade between our state and the Islamic state, especially by stepping up exports to the Pakistani market, since Moldova boasts a variety of top quality products.

Moreover, we want intensified cooperation in the field of agriculture, industry, but also other sectors of mutual interest ", Iulia Costin mentioned.

In addition, officials encourage businessmen from both countries to participate in fairs and exhibitions organized both in Moldova and Pakistan.

S.E. Safdar Hayat said Pakistan state, especially Pakistani companies, are interested in technical engineering in agriculture, the food and textile industry, and IT services. Also, the Ambassador of the Islamic Republic of Pakistan to the Republic of Moldova was also interested in the Tekwill ICT Excellence Center, which offers very favorable conditions to companies in the sector.

Until now, no bilateral documents have been signed between the Republic of Moldova and the Islamic Republic of Pakistan. At the current stage, 5 draft agreements are in the process of negotiation.

In the Republic of Moldova there are 62 enterprises with Pakistani capital, the investments in social capital amounting to 595.2 thousand lei.