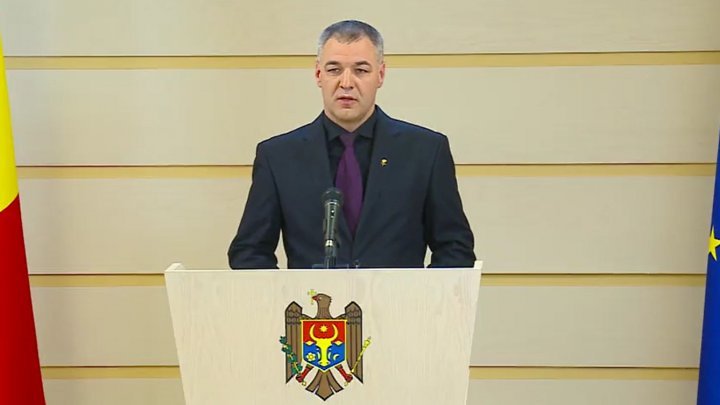 The filter of integrity that Maia Sandu and Andrei Nastase praised in their electoral campaign for parliamentary elections was merely a cover which they use to prevent the people they don't control coming to the Parliament. The declaration was made by MP Octavian Țîcu on a private TV's show.

"Look at the list of persons with meritocracy. For example, Radu Marian, what are meritocracies of Radu Marian? Or Perciun? Mihai Popșoi? They are only close to Maia in the Education Ministry or to Andrei Nastase", said Octavian Ţîcu.

Asked by Publika, the Vice-President of Action and Solidarity Party Dan Perciun said they acquired necessary studies for parliamentary work and gain absolutely trust of the party.

Radu Marian was of the opinion that Octavian Țîcu must undergo a thorough examination.

"I think our our psychological evaluation should be more intense so that people with behaviors like Mr Țîcu won't come to Parliament. We need to be more attentive", said PAS MP Radu Marian.

On the other hand, to Octavian Țîcu, the meritocracy is only a pretext to get rid of people Andrei Nastase and Maia Sandu can't control.

Vladislav Kulminski, the State Secretary for the Ministry of Foreign Affairs, qualified this declaration of Octavian Țîcu as nonsense.

"Such a nonsense declaration. He was probably angry when I said on a TV show that he was a traitor. I even warned my colleagues before the parliamentary elections such things would happen. He betrayed us again this time", said Vladislav Kulminski.

PM Maia Sandu preferred not to comment on the declaration of Țîcu, invoking Vladislav Kulminski is a good specialist.

"I would prefer not to comment on the declaration of Țîcu, I have other better things to do today. Vladislav Kulminski is a good specialist, well-known in the international community. He worked in the American Ambassador, United Nations and other institutions", said Maia Sandu.