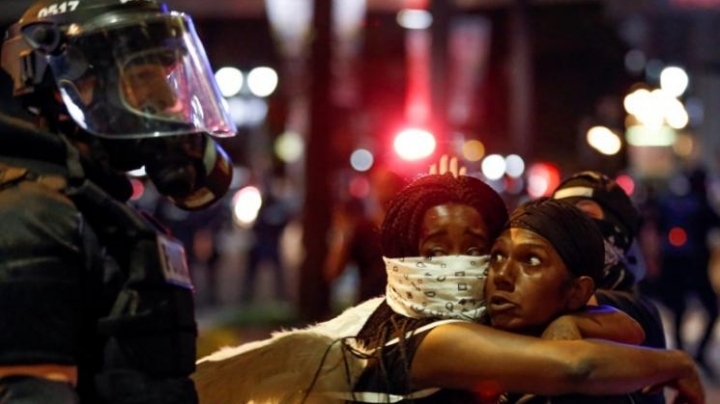 Residents of Charlotte, North Carolina, woke up to a state of emergency and the National Guard and State Highway Patrol deployed to their city on Thursday after a second night of unrest sparked by the fatal police shooting of a black man, Reuters informs.

According to police, Keith Scott, 43, was shot and killed by officers on Tuesday after he refused to drop a handgun. His family and a witness to the shooting said Scott was holding a book, not a firearm.

A peaceful rally in response to the shooting turned violent on Wednesday as protesters threw rocks and bottles at police in riot gear, smashed windows and doors and looted stores in downtown Charlotte. Officers fired rubber bullets, tear gas, flash-bang grenades and used pepper spray to disperse the crowd.

One protester was shot and gravely wounded by a civilian, and four police officers suffered non-life threatening injuries, city officials said on Twitter.

It was the second night of unrest in North Carolina's largest city, where several protesters and 16 officers were injured on Tuesday night. The turmoil prompted Governor Pat McCrory declared a state of emergency and deployed the National Guard and highway patrol officers to the city to help restore peace.

"Any violence directed toward our citizens or police officers or destruction of property should not be tolerated," McCrory said in a statement.

The American Civil Liberties Union urged police to release their camera footage of the incident. Police vehicles typically have a dashboard camera and officers are required to carry cameras on their persons.