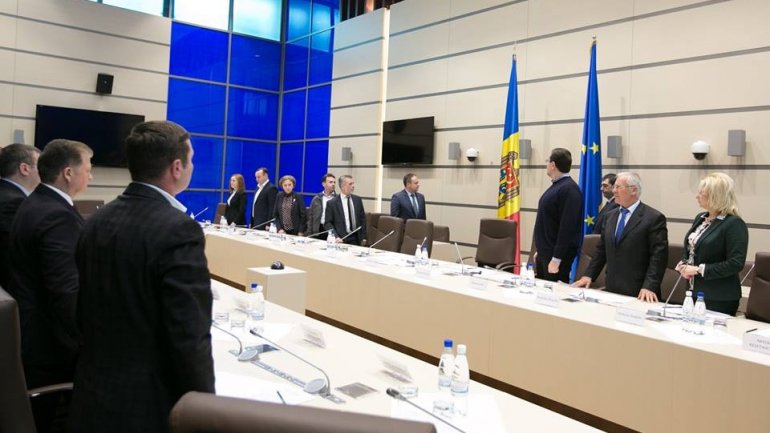 The meeting of the parliament's standing bureau began today with the honor of the State Flag. Parliament Speaker Andrian Candu said that activities on the Flag Day take place today, April 27th, throughout the country.

The celebration was set up by the parliament in 2010, and the tricolor was officially designated state flag on 27 April 1990.

The standing bureau members adopted the agenda for next two weeks. At the same time, they decided that the next meeting be organised on 28 April. The simple motion on internal politics in education will be discussed at the event.

Also, activity reports of the government and Prosecutor General are to be considered next period. Subsequently, the documents will be presented at the parliament's plenary session.