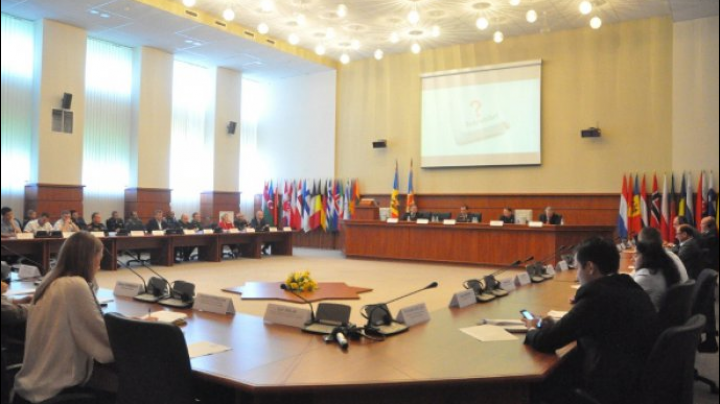 Defense Minister Anatol Şalaru, Chairman of the NSD development, said that the strategy is a guide for representatives of institutions directly involved in providing defense and a manual for Moldovan citizens.

"NSD's coming to interrupt a period of serious absence in defense and is a starting point for a series of actions to reform, modernization and adaptation of the defense system to new geopolitical context" , said the Defense Minister.

Team head of Strategic Defence Reform, responsible for implementing the package of capacity building assistance under the Defence (DCB), Keith A. Dunn, said the drafting of the document is a first step in reforming the defense sector. According to him, development of the Military Strategy - a document that should include a thorough analysis of real needs for the military, armed forces structure and budget.

Keith A. Dunn also said that the team of experts will continue to provide assistance and expertise to the Ministry of Defence in the DCB package.

According to Aurel Fondos, State Secretary, Ministry of Defence, the project was reviewed and debated NSD public security and defense experts from the associations and academic recommendations which were included in the Strategy for improving the document.