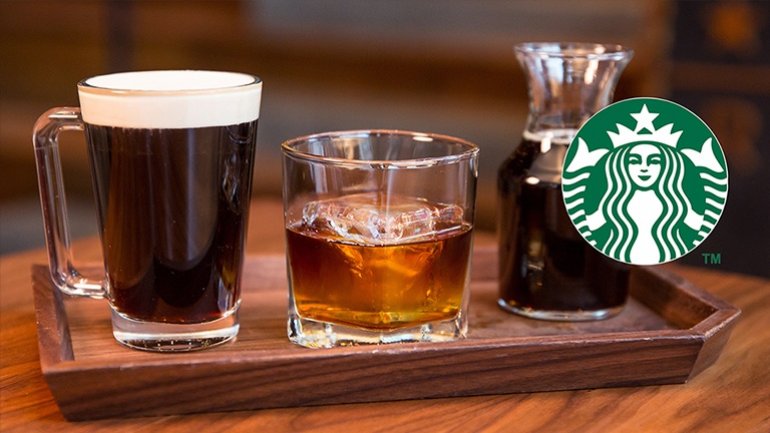 Starbucks announced on Monday, march that its Roastery store in Seattle has begun selling two new specialty drinks made from beans aged in whiskey barrels. Starbucks will be selling bags of those coffee beans as well, CNN reports.

The company said its Starbucks Reserve Whiskey Barrel Aged Sulawesi beans are aged in "freshly emptied" oak barrels from a local distiller in Washington State -- Woodinville Whiskey, Co. (I'd like to be the guy that helps to freshly empty the barrels!)