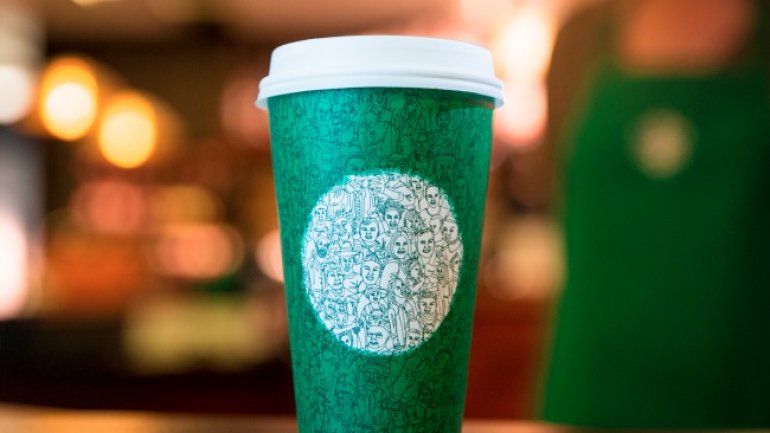 Starbucks began serving its holiday beverages, with the return of its Chestnut Praline Latte, Caramel Brulée Latte, and Peppermint Mocha.

But one seasonal mainstay — the chain's iconic red holiday cup — didn't return with the classics.

Instead, customers found themselves being served festive drinks in green cups. The cups feature an illustration by Shogo Ota featuring the faces of more than a hundred people, drawn with a single continuous line.

"The green cup and the design represent the connections Starbucks has as a community with itspartners (employees) and customers," Starbucks CEO Howard Schultz said in a statement. "During a divisive time in our country, Starbucks wanted to create a symbol of unity as a reminder of our shared values, and the need to be good to each other."

While few can argue with the new cups' message, some customers took to social media to complain and express confusion about the lack of red cups, which Starbucks typically reveals in early November.

According to yahoo.com, last week, a Starbucks spokesperson declined to comment on the authenticity of the leaked photo.