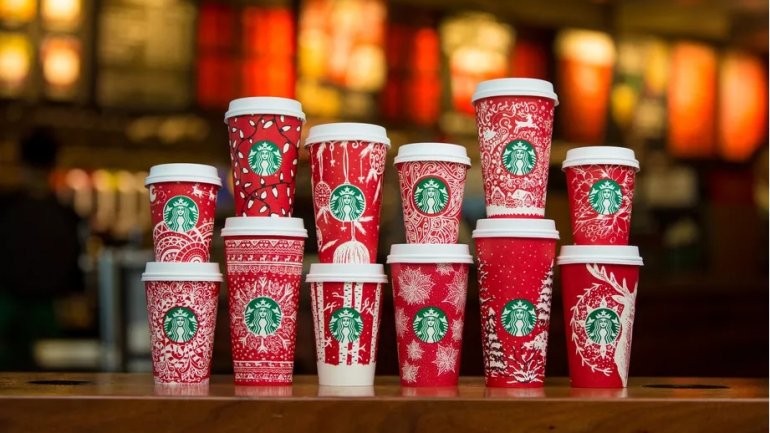 Each November, it’s not a chill in the air or a changing of the leaves or a sale on winter coats that signals the start to the holiday season: It’s the first sighting of Starbucks’ red cup, according to eater.com.

A tradition that goes back 19 years, Starbucks’ holiday cups are beloved by Starbucks fans across the country. They are collected, they are fought over, they spark controversy, and yet, they are but a utilitarian object, a vehicle for caffeine intake, meant to be disposed. And today, November 10, 2016 — a full day after America elected its 45th president — this year’s red cups are here.

So as to appease previous years’ upsets about the cups being not "festive" or "Christmas-y" enough, this year’s official red holiday cups are, yes, red — that green cup was just there to throw us off — and feature a variety of wintery designs including snowflakes, wreaths, poinsettia, snowy tree scenes, reindeer, ornaments, and Christmas tree lights. President-elect Donald Trump, who famously threatened to boycott Starbucks over its cup design last year because it was not festive enough, can take heart in knowing that at least at Starbucks, Christmas is alive and well. There shall be no mention of Hanukkah or "happy holidays" or any other December holiday at Starbucks, people — it’s Christmas or bust.

A major departure from years’ past, this year’s Starbucks red cup is actually a collection: 13 different designs appear on the cups, so, like Pokémon, get ready to catch ‘em all.